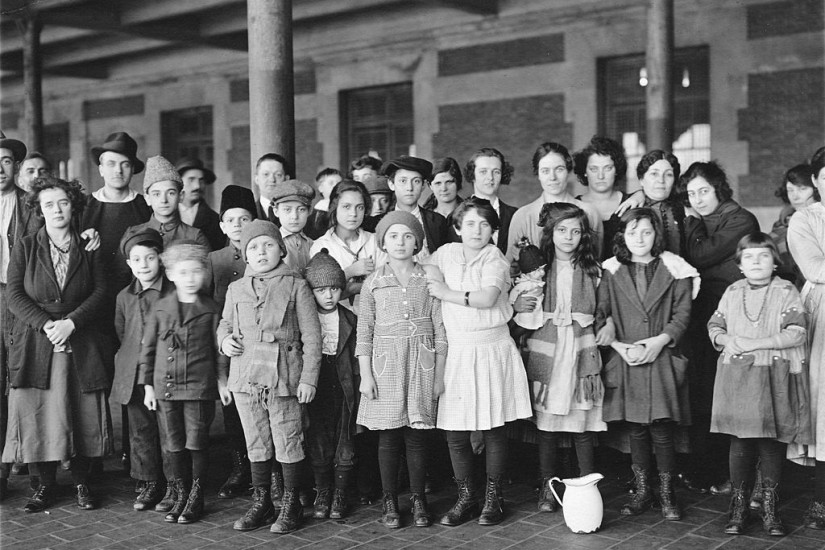 Donald Trump’s executive orders on immigration—banning travelers from seven Muslim-majority countries and casting a wide net on undocumented immigrants—have prompted nationwide protests and, in the case of the ban, legal challenges. But while Trump’s immigration plan is more restrictive than those of recent presidents, historians see parallels between the current moment and the early 20th century, when Congress passed multiple laws designed to shrink the number of immigrants in the United States.

In 1917, lawmakers enacted legislation that required a literacy test for immigrants over 16 years old to enter the United States and banned those from what was called the Asiatic Barred Zone. That act paved the way for a 1924 immigration law, known as the Johnson-Reed Act, that imposed a quota system based on national origin. “The fundamental principle was the principle of exclusion,” said Alan Kraut, a history professor at American University in Washington, D.C. “And the target of exclusion was intended to be the poor workers who were trying to escape their own society for economic opportunity.” Years later, following calls to reform U.S. immigration policy, a 1965 law ended the quota system, prioritized close relatives of immigrants already in the United States, and ultimately altered the country’s demographic makeup, by further opening it up to immigrants of other nations.

Over the last 100 years, new restrictions on immigration have been sold as beneficial to national security and the U.S. economy. Trump himself has used those arguments in promoting his agenda. So, too, have lawmakers on Capitol Hill who recently introduced legislation to limit legal immigration.

I spoke with Kraut about the evolution of U.S. immigration policy. Our conversation has been edited for length and clarity.