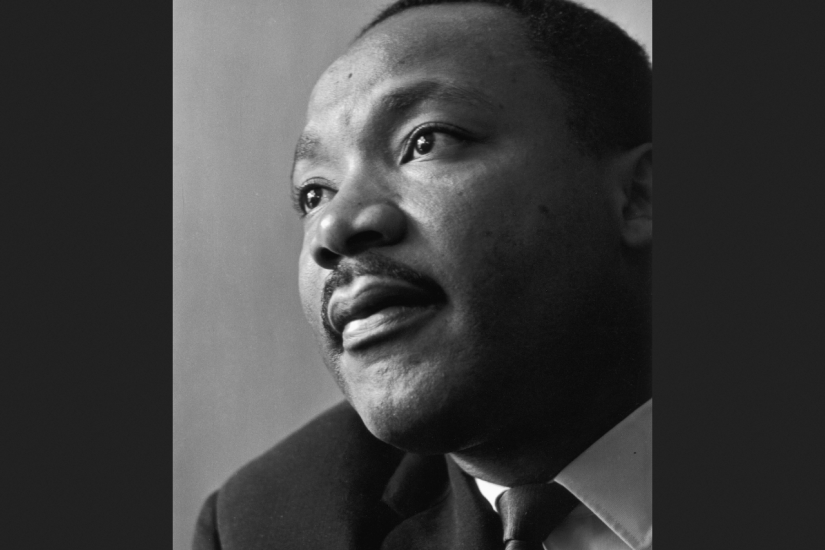 The King now enshrined in popular sensibilities is not the King who spoke so powerfully and admiringly at Carnegie Hall about Du Bois. Instead, he is a mythic figure of consensus and conciliation, who sacrificed his life to defeat Jim Crow and place the United States on a path toward a “more perfect union.” In this familiar view, King and the civil rights movement are rendered—as Cass Sunstein approvingly put it—“backward looking and even conservative.” King deployed his rhetorical genius in the service of our country’s deepest ideals—the ostensible consensus at the heart of our civic culture—and dramatized how Jim Crow racism violated these commitments. Heroically, through both word and deed, he called us to be true to who we already are: “to live out the true meaning” of our founding creed. No surprise, then, that King is often draped in Christian symbolism redolent of these themes. He is a revered prophet of U.S. progress and redemption, Moses leading the Israelites to the Promised Land, or a Christ who sacrificed his life to redeem our nation from its original sin.

Such poetic renderings lead our political and moral judgment astray. Along with the conservative gaslighting that claims King’s authority for “colorblind” jurisprudence, they obscure King’s persistent attempt to jar the United States out of its complacency and corruption. They ignore his indictment of the United States as the “greatest purveyor of violence in the world,” his critique of a Constitution unjustly inattentive to economic rights and racial redress, and his condemnation of municipal boundaries that foster unfairness in housing and schooling. It is no wonder then that King’s work is rarely on the reading lists of young activists. He has become an icon to quote, not a thinker and public philosopher to engage.

This is a tragedy, for King was a vital political thinker. Unadulterated, his ideas upset convention and pose radical challenges—perhaps especially today, amidst a gathering storm of authoritarianism, racial chauvinism, and nihilism that threatens the future of democracy and the ideal of equality. What follows is an effort to recover those unsettling ideas by shedding light on three of the most important and misunderstood elements of King’s mature thought: his analysis of racism; his political theory of direct action and civil disobedience; and his understanding of the place of ethical virtues in activism and social life.