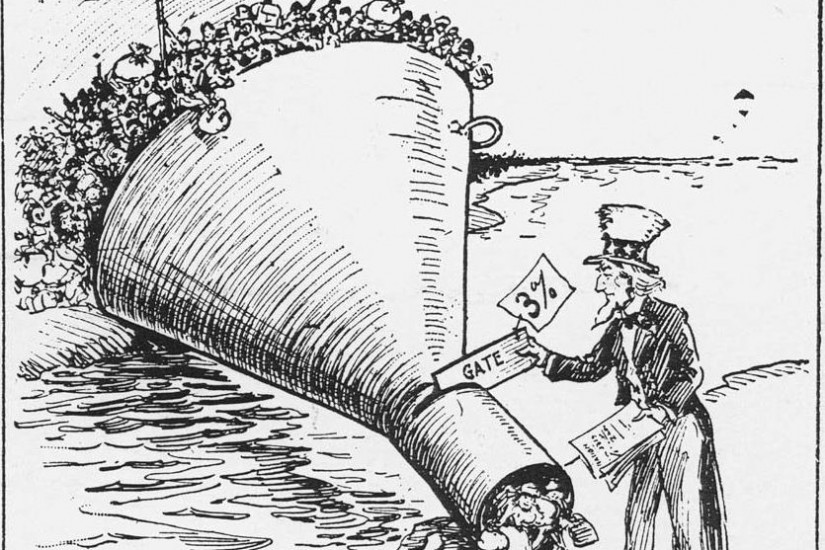 The 1921 Emergency Quota Act cut annual immigration from any country to 3 percent of its nationals in the United States in 1910.

President Trump’s reference to Haiti, El Salvador and the nations of Africa as “shithole countries” reflects his ongoing antipathy toward nonwhite immigrants. Coupled with his inaugural campaign claim that many Mexican immigrants are rapists and drug traffickers — and recently reported assertions that Haitian immigrants have AIDS or that Nigerians live in huts — it seems clear that the president’s anti-immigrant politics are animated by a deep-seated bigotry.

Trump’s chauvinistic rhetoric evokes one of the nation’s darkest episodes of racially-inspired immigration policy: the implementation of a national quota system in the early 1920s. And yet there is also a striking and unnerving difference. Even in the 1920s — a period that exemplified the worst impulses of American nativism — prominent advocates of immigration restriction often tried to avoid explicitly voicing disparaging and overtly racist arguments against immigrants, preferring instead to disguise their bigotry with euphemism and obfuscation whenever possible.

Whenever their true racist intent did become public — as President Trump discovered again on Friday — their intolerance threatened to damage immigrant political support at home and to undermine foreign policy objectives abroad.

While Trump’s frequent nativist declarations reflect the racial attitudes of an earlier, xenophobic era, the president’s inability to modulate his true feelings reveals not only a flawed political sensibility but also a more disturbing strain of personal racism.