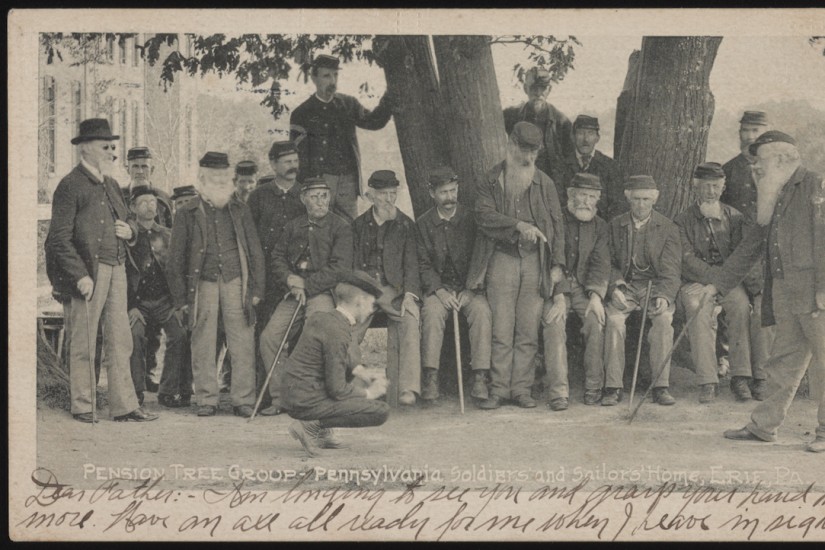 Like the Trump administration’s change to Medicaid, avoiding a culture of dependency in the federal pension system hinged on able-bodiedness. Until 1890, pensions were available only to men with wartime disabilities, which were assessed by doctors and graded on a scale.

The scale was based on the amount of manual labor a disabled veteran could still perform. Old soldiers with ailments that made it more difficult or impossible to work received higher payouts, with smaller payouts granted for impairments considered less severe. Men sufficiently able-bodied to work received no pensions at all.

This distinction seemed — and still seems today — straightforward. But the problem was, and is, one of power. What exactly did “able-bodied” mean, and who had the power to make that decision?

For Civil War veterans, this often came down to the visibility of their disability. Highly visible disabilities were the easiest to categorize. A missing leg would obviously affect a man’s ability to perform manual labor profoundly; a missing toe perhaps less.

For nondisabled people, these readily apparent ailments were self-evident. They also carried a greater cultural cachet. Everyone understood what it meant to sacrifice an arm or leg to the glory of the Union. They were reminded regularly by sentimental literature and illustrations that portrayed amputees as heroes.

But how much did chronic diarrhea affect a man’s ability to work? How would pension clerks categorize something like intermittent fever, caused by contracting malaria while in the service, which got better and worse in cycles? Was such an ailment really worthy of the gratitude — and the cash — of the nation?

Not only were nonvisible disabilities difficult to define and categorize, they also raised the specter of malingering, or feigning impairment to bilk the U.S. government out of cash. How could the government be sure that a veteran claiming chronic headaches or gastrointestinal distress was telling the truth? The underlying fear was exactly that of current critics of Medicaid: that able-bodied men were passing themselves off as invalids for a handout.