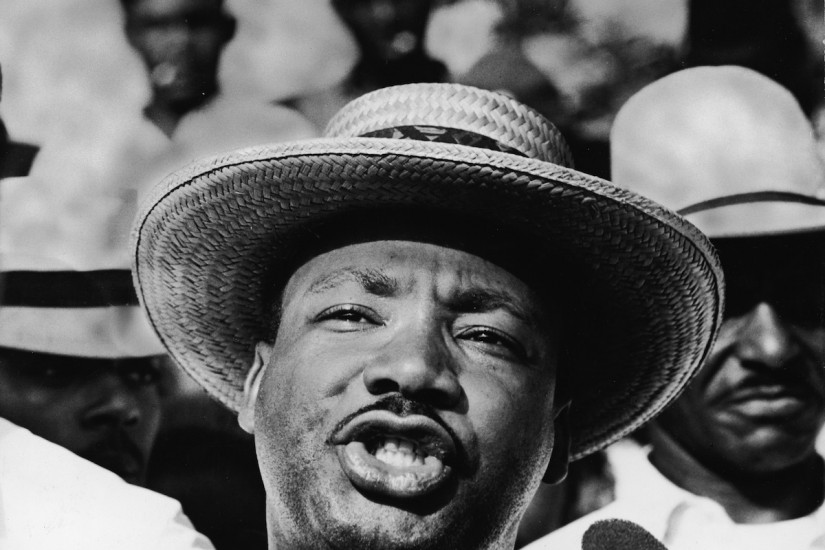 Every year, in January and April, we commemorate the extraordinary career of the Reverend Martin Luther King Jr. But there is probably no figure in recent American history whose memory is more distorted, whose message is more bowdlerized, whose powerful words are more drained of content than King.

A few years ago, in preparation for a public lecture on 1968, I reread the most important book on King and his politics to come out in the last decade: Thomas F. Jackson’s From Civil Rights to Human Rights: Martin Luther King Jr and the Struggle for Economic Justice. Jackson, a former researcher with the King Papers project at Stanford, has read King’s every last sermon, speech, book, article, and letter. What Jackson finds is that from the beginning of his ministry, King was far more radical, especially on matters of labor, poverty, and economic justice, than we remember.

In media accounts, King was quickly labeled the “Apostle of Non-Violence” and, by the mid 1960s, portrayed as the antithesis to Malcolm X. While King adhered to nonviolence for his entire career, the single-minded focus of the media on the horse race between Malcolm and Martin led reporters to ignore King’s more radical pronouncements. They simply didn’t fit into the developing story line.

Black power advocates also distorted King, focusing on his ministerial style and arrogance (members of SNCC called him “de Lawd”). They branded King as hopelessly bourgeois, a detriment rather than a positive force in the black freedom struggle. White liberals, fearful of black unrest, embraced King as a voice of moderation, hoping that he could stem the rising tide of black discontent that exploded in the long hot summers of the mid sixties.