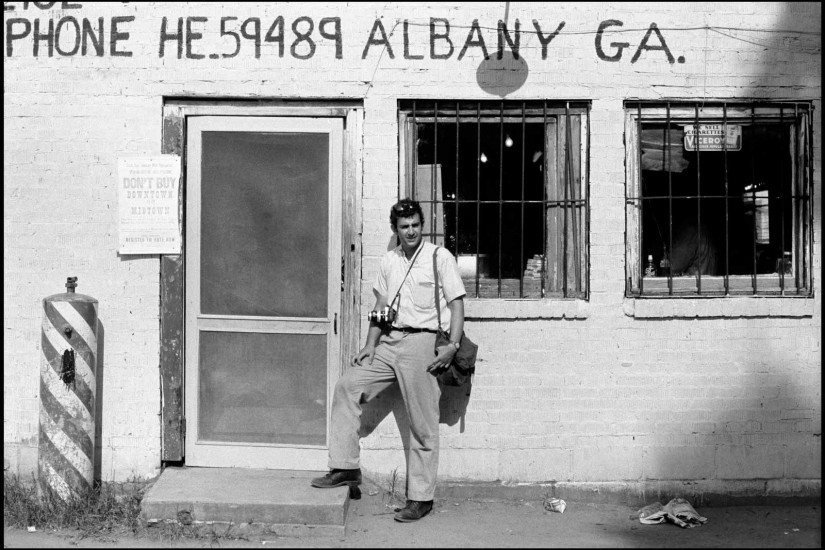 It was the summer of 1962. I had just finished my third year at the University of Chicago. My 650cc Triumph motorcycle was damaged, leaving me grounded and bored. One of my classmates, Linda Pearlstein, had been arrested in civil rights demonstrations in Cairo, Illinois. With contacts from Linda, I put my 35 mm Nikon F reflex into an old army bag, asked my sister-in-law to drive me to Route 66 at the city’s edge, stuck out my thumb, and hitchhiked south. I thought I was just going on an adventure.

As the sun set, I stepped into a pay phone booth in East St. Louis and called a number I had received from Linda. I told whoever picked up the phone that I would reach Cairo that night by bus. Cairo is at the confluence of the Mississippi and the Ohio Rivers. It was the free town that Huck and Jim were headed to but floated by in the night. It was Ulysses S. Grant’s headquarters when he engineered the capture of Fort Donaldson.

That night, as the bus door swung open at the Greyhound stop in Cairo, a large black man stood on the other side. I was a bit afraid, until from behind him stepped a shorter, white woman. Charles Neblett and Selyn McCollum had both been Freedom Riders, and both worked for the Student Nonviolent Coordinating Committee (SNCC). The next morning, in a small black church, I listened to a speech by a local high school student and movement leader, Charles Kohn. In the corner sat John Lewis, whom I recognized as a leader of the Freedom Rides. I had been in few churches before, but never in a black church. A New Yorker, the son of a physician and Jewish immigrants, I didn’t even know there was such a thing as a black hospital. The trip I was now on would profoundly change my knowledge, my feelings, my prejudices, and my view of everything American.