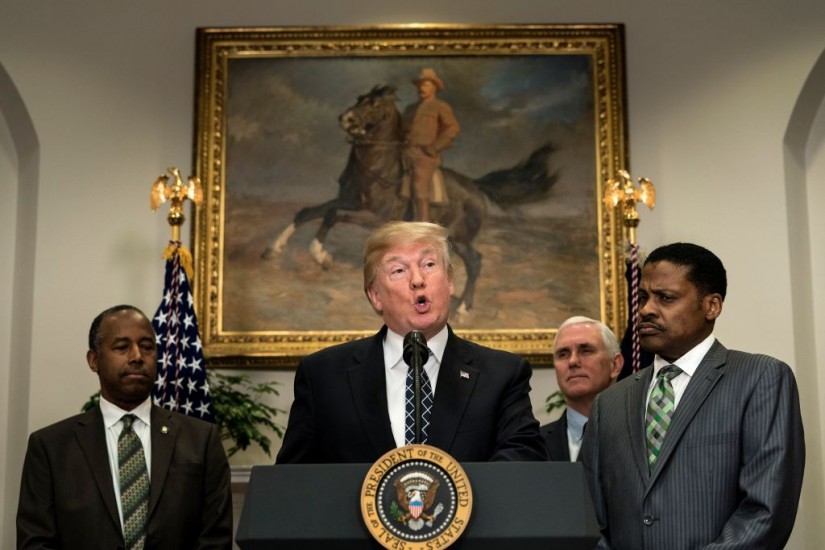 On April 4, 1968, Martin Luther King Jr. was assassinated. In response, a week later President Lyndon B. Johnson scrambled to sign into law the Fair Housing Act, a final major civil-rights bill that had languished for years under the strain of white backlash to the civil-rights movement.

Five years later a New York developer and his son—then only a few years out of college—became two of the first targets of a massive Department of Justice probe for an alleged violation of that landmark act. After a protracted, bitter lawsuit, facing a mountain of allegations that the two had engaged in segregating units and denying applications of black and Puerto Rican applicants, in 1975 Trump Management settled with the federal government and accepted the terms of a consent decree prohibiting discrimination. So entered Donald Trump onto the American stage.

The country has changed since those turbulent days. Many of the major policies created to end the era of de jure white supremacy and address King’s campaigns against segregation and for voting rights have become entrenched in law, bureaucracy, and the courts. Overt racism and bigotry have acquired the stink of faux pas, integrated spaces persist in some places, and there’s even been a black president. But in this Pax Americana, the seed of resistance to those ideas and policies that King championed also germinated across generations. Now that the man who made his name flouting the spirit of King is president, the tree has borne its most ripe fruit.