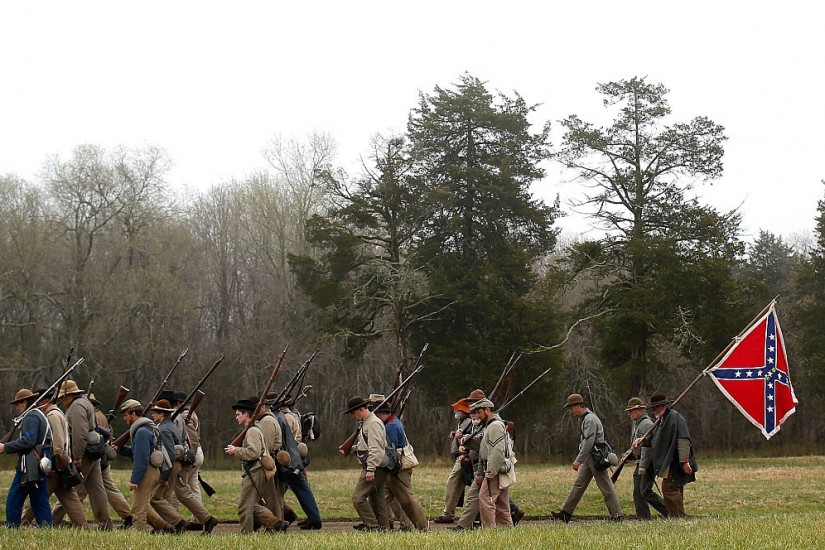 A re-enactment of the Battle of Appomattox Court House on April 9, 2015 in Appomattox, Virginia.
Win McNamee/Getty Images
…

It can be hard to convince academic historians that you have learned something they didn’t know just by trying it out in the real world. The practice of experimental archaeology is more accepted in Europe, where some universities grant degrees in the discipline. But even in North America, academics and re-enactors have collaborated in a few cases.

Cameron “is the only student I’ve ever taught that owns a full suit of Milanese plate armour made to fit him,” says Richard Kaeuper with a laugh. A medieval historian at the University of Rochester, and a former professor, now friend, of Cameron, Kaeuper has found his own work helped along by insights gleaned from re-enactment. Kaeuper, in one of his books, had explored the theory that knights may have worn plate armour as part of their penance; Cameron, who had been wearing this kind of armour for progressively longer periods and finding it uncomfortable, was able to verify that this was indeed plausible.

Most historical inquiry is not formed so much by experience, but Kaeuper says he has even learned how knights may have felt while jousting from a man doing a demonstration at a Renaissance fair. They chatted about how much it hurt to fall off a horse and about how, like the famous knight William the Marshal, you do sometimes have to get a blacksmith to carefully pound your helmet back into shape while it’s still on your head so you can then take it off.

Darrell Markewitz, a professional blacksmith who works north of Toronto, has been trying for more than a decade to smelt iron the way Vikings did. The historical record shows that the Vikings had iron—swords and other artifacts around the world prove it—but we don’t know precisely how they made it. One hot Sunday nearly two years ago, about ten people gathered at Markewitz’s property in Wareham, Ontario. Helpers smashed charcoal blocks into small pieces to feed the fire, which had to burn consistently—a delicate balance that Markewitz had attempted, he estimates, more than eighty times. The burning carbon in the smelt pulls the oxygen out of the iron ore, purifying the metal. Of course, this is what we now understand to be happening. In the early Middle Ages, nobody would have understood this chemistry, and blacksmiths relied on teachings passed down through generations. Markewitz—who has presented academic papers on his research to conferences at the Royal Ontario Museum and at Wilfrid Laurier University—rounded out our theoretical knowledge with these practical details, learning how much coal and iron are needed, how long they need to burn (the smelt that day took about six hours), and even how to tell whether the process is going well based on the sounds the fire makes.

…
View on The Walrus
View Connections