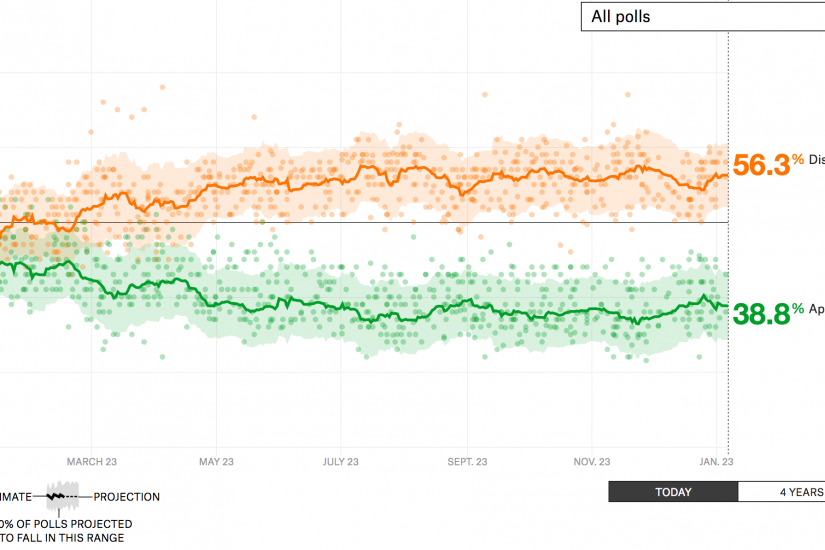 An aggregation of multiple public opinion polls about President Trump over the course of his first year in office.
FiveThirtyEight
…

So now that we’re one year into the Trump era, let’s take a step back and put Trump’s approval rating in a historical context.

Based on approval ratings one year into a first term, Trump is the most unpopular president since at least Harry Truman (as far back as we have data).

Excluding Trump, the average president since Truman saw his approval rating rise by less than a point from halfway into his first year through the end of it.