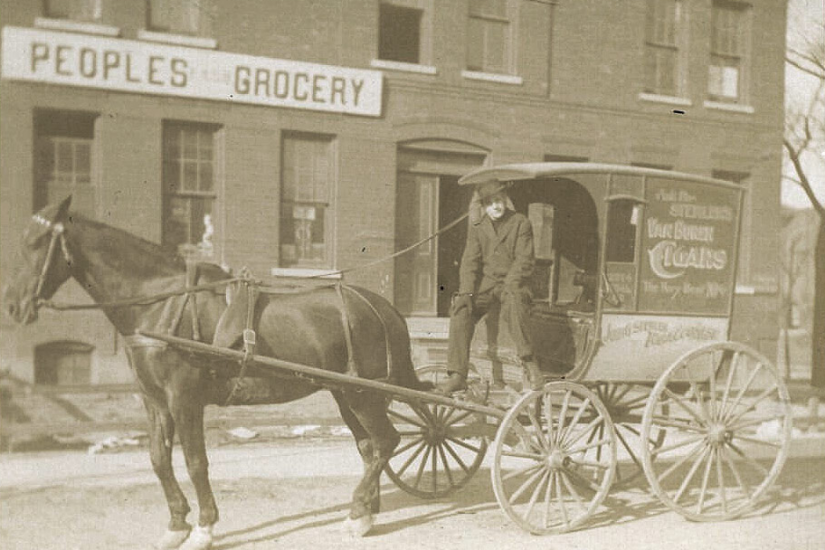 The &#34;People's Grocery,&#34; in the mixed-race neighborhood known as &#34;The Curve&#34; just outside Memphis. In 1892, the store's African-American owner and two others were lynched by a white mob.
historic-memphis.com

“To Punish the Lynchers: Memphis Negroes Thirsting for Vengeance,” read the March 11, 1892 headline in The New York Times. Two days earlier, People’s Grocery owner Thomas Moss had been lynched alongside two of his workers, Calvin McDowell and Will Stewart, by a white mob that accused Moss of plotting a war against whites. The local paper, the Memphis Appeal Avalanche, described the lynchings as a skillful execution, with the corpses of Moss, McDowell, and Stewart left to rot in the Chesapeake & Ohio railroad yard a mile outside of Memphis, Tennessee.

Moss, a dark-skinned, chin-bearded, 150-pound man, lay shoeless with his face to the earth. Stewart, the grocery clerk, lay with a shotgun hole in the right side of his neck. To the south of them lay McDowell, a light-skinned, curly-haired, 200-pound man, butchered to the point of dismemberment. “There were four holes in his face and neck, any one of them large enough to allow the insertion of a person’s fist,” the Appeal Avalanche reported.

The lynchings came 27 years after the defeat of the Confederacy. They marked the breaking point that led to investigations by journalist Ida B. Wells, whose stories in the Memphis Free Speech exposed the real reasons behind the lynchings.

They were the first lynchings since the Civil War, explains Wells—who was a dear friend to Moss—in her book Crusade for Justice: The Autobiography of Ida B. Wells. At the time, Moss was enjoying the fruits of a successful business. The cooperative economics enterprise he founded in 1889, People’s Grocery, was a booming business in the “Curve,” a mixed race neighborhood, which at the time was the Shelby County, Tennessee fourteenth civil district, just outside Memphis.