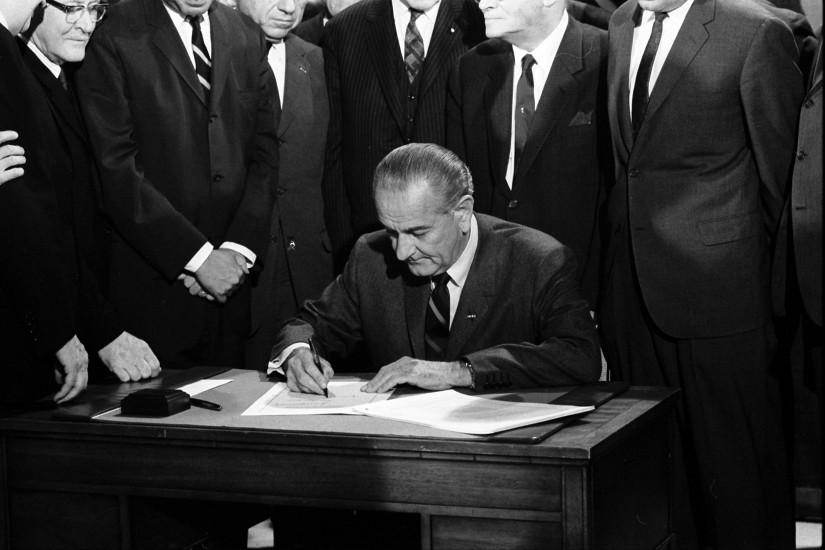 Yet for all Johnson’s grandiose rhetoric, the Great Society was more centrist—and is more critical to the nation’s social and economic fabric—than has been commonly understood. The presidential aides who conceived and implemented its component parts rejected policies that would enforce equality of income, wealth or condition. They did not broadly support quantitative measures like cash transfers or a guaranteed minimum income but, rather, believed that qualitative measures like education, workforce training, access to health care, food security and full political empowerment would ensure each American a level playing field and equal opportunity to share in the nation’s prosperity.

Governing in an age of unmatched prosperity, the architects of the Great Society were convinced that the means to a more just society was not cutting the pie into smaller slices so that everyone would enjoy an equal share, but baking a larger pie. The idea that the economy might someday stop growing, or that inequality would increase, rarely factored seriously into liberal thinking.

Fifty years later, it’s perfectly legitimate to ask whether Johnson’s vision is adequate in a country in which fewer workers enjoy employer pensions and health care, 31 percent of children live in single-parent families (up from 12 percent in 1960), household wages have long been stagnant, and inequality has reverted to levels we have not seen since the eve of the Great Depression. But it’s a myth to say the Great Society failed, just as it’s a myth to portray it as a radical left-wing, big-government project. And understanding those myths is the key to figuring out what to do now.