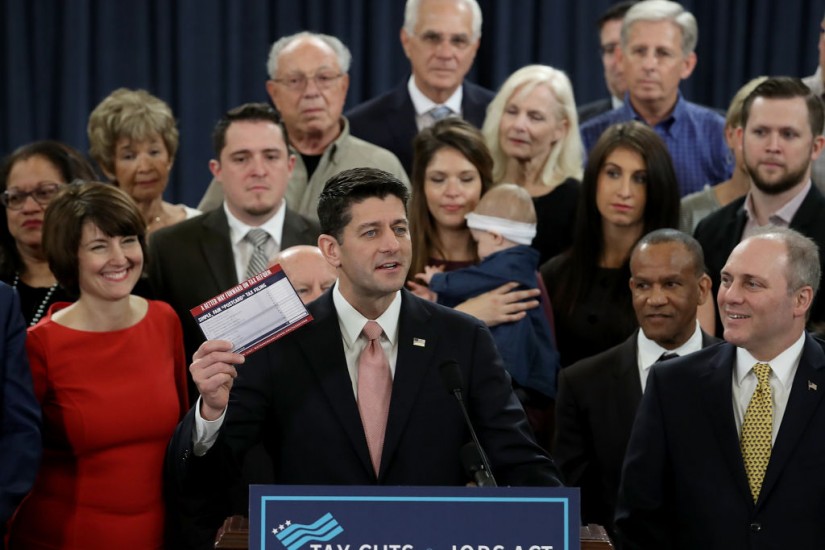 Studies by independent outlets like the Congressional Budget Office (CBO) and the Tax Policy Center have found that the health care bill would strip insurance from more than 20 million (primarily poor and elderly) people while handing tax cuts to the rich, and that the GOP’s tax proposals would slash taxes for the rich even further while inflating the deficit.

But the gloomy assessments haven’t given Republicans pause. Instead, they have attacked the studies themselves. Texas senator John Cornyn called the CBO report “fake news,” and Kansas representative Roger Marshall spoke for many Republicans when he remarked, “The CBO’s crazy.”

Mick Mulvaney, Trump’s budget director and a former member of the right-wing House Freedom Caucus, went a step further, arguing not just that the CBO’s study was wrong, but that the idea of nonpartisan research is bunk. “At some point, you’ve got to ask yourself, has the day of the CBO come and gone?” Mulvaney said, adding that unbiased legislative research isn’t “feasible.” He called on legislators to ignore the CBO and rely on partisan think tanks for legislative analysis.

While a few conservatives pushed back against Mulvaney’s comments, even many supposedly moderate, “reformocon” critics of the Trump administration agreed with Mulvaney that the CBO should be “reformed” in order to reduce its influence and allow outside groups to take the policy reins.

The attack on the CBO sent Democrats and liberal pundits into a frenzy. “OMB Director Mulvaney’s comments challenging the integrity and expertise of analysts at the nonpartisan Congressional Budget Office are irresponsible and unacceptable,” declared House Democratic whip Steny Hoyer.

Noting that Republicans have long wielded deficit projections from the agency to sink Democratic spending proposals, CNN’s Dana Bash quipped, “I’m old enough to remember when Republicans loved the CBO.”
But while the CBO no doubt welcomed the spirited defenses, Democrats have played into the GOP’s hands by positioning themselves as the defenders of technocratic expertise.

For the last fifty years, the Right has waged a war on “objective” fiscal analysis in order to further their goal of upward redistribution. Republicans and their conservative allies invoke mainstream studies when they undermine progressive policy ideas, then discard those same analyses when they get in the way of their agenda.

In contrast, Democrats have touted themselves as denizens of the “reality-based community” and “the party of fiscal responsibility,” as Bill Clinton often put it.

The result is that, for decades, the parties have operated according to completely different rules on taxing and spending.

When Republicans put forward unrealistic tax and budget proposals, they waive away projected deficits by improbably claiming thateconomic growth will cover the massive shortfall. When Democrats are in power, they treat “pay fors” and budget balancing as paramount and CBO analyses as sacrosanct. And whenever a progressive figure like Bernie Sanders steps outside the neoliberal budgetary consensus, elected Democrats and liberal pundits joinconservatives to smack down their proposals as “unrealistic.”

The predictable upshot of this policymaking asymmetry is that Democrats have spent the last forty years trimming their sails, inadvertently underwriting the GOP’s next tax cut.