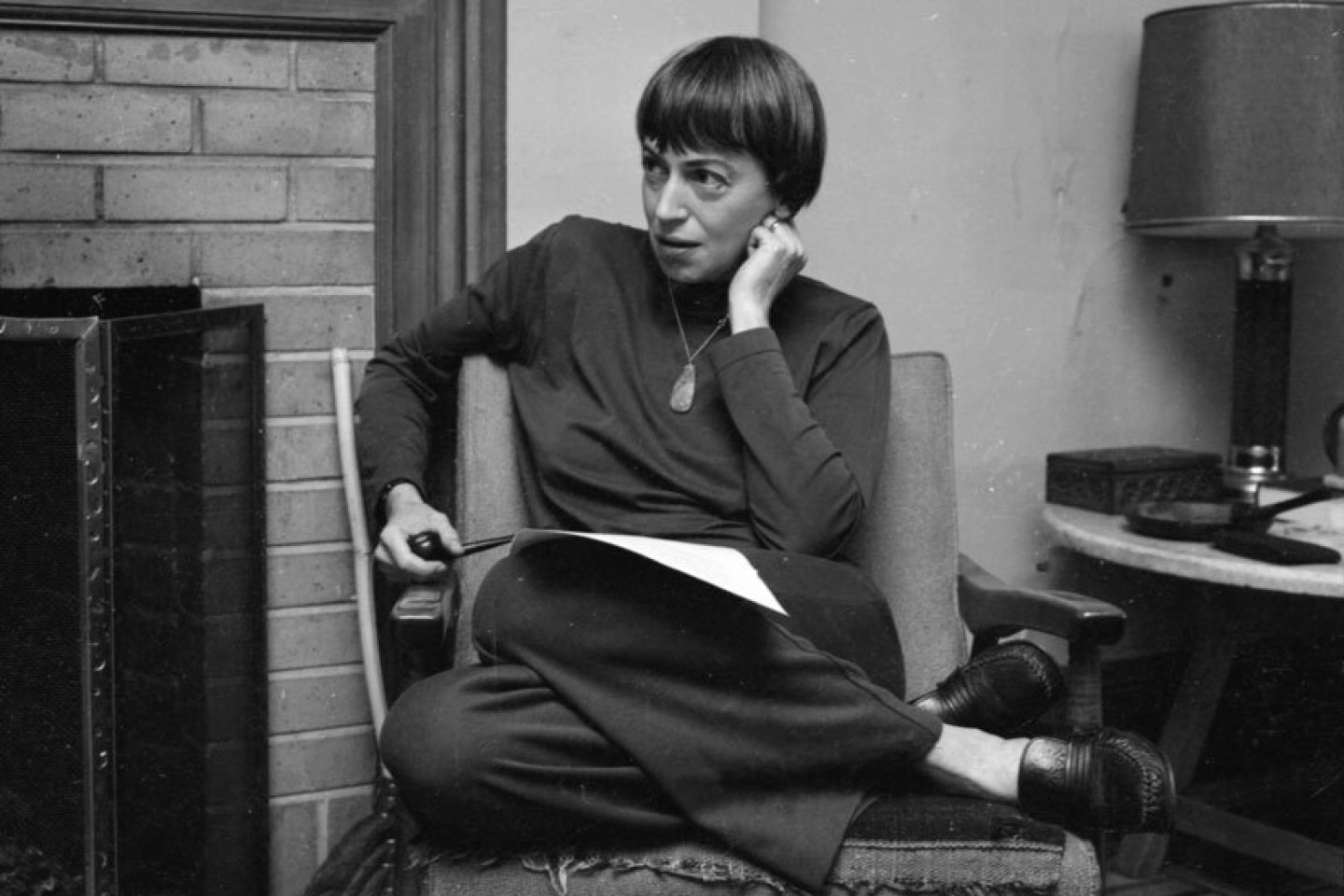 Ursula K. Le Guin died last week at the age of 88. In The Guardian, Margaret Atwood called her “one of the literary greats of the 20th century,” lamenting the loss of “her sane, committed, annoyed, humorous, wise, and always intelligent voice.” Le Guin was a passionate advocate for the merits of fantasy. But although Le Guin proudly identified with the fantasy and sci-fi genres (and at times expressed disappointment with fellow authors like Kazuo Ishiguro, who struck her as ambivalent about the merits of so-called ‘genre fiction’), she was richly rooted in American history as well.

Le Guin was born in 1929, and grew up in Berkeley, the daughter of parents who were significant historical figures in their own right. Her father, Alfred L. Kroeber, was the recipient of the first anthropology PhD from Columbia University and the founder of UC Berkeley’s anthropology department. Her mother, Theodora Kroeber, was a fellow anthropologist of Native California cultures. Alfred and Theodora played a central role in an episode that has now attained near mythical status in California history: the final years of Ishi, the last member of the Yahi tribe.

Tragically, Ishi would only live until roughly the age of 57, dying just 5 years after he left his ancestral lands in the Sierra Nevadas. His story was a deeply tragic one. Ishi’s childhood was marked by horrific violence, as a series of genocidal attacks by Anglo settlers decimated the numbers of the Yahi throughout the 1870s and 80s. His family were effectively refugees in their own lands, dwindling in number until, with the death of his mother, Ishi was left entirely alone. Indeed, “Ishi” was not his real name. The Yahi had a cultural practice that required one to be introduced to a stranger by a mutual friend before names were exchanged; because Ishi literally had no friends, he was unable to reveal his name, and so simply went by the Yahi word for “man.”

Le Guin’s parents’ house in Berkeley was the closest Ishi came to finding another home. He became a research assistant at the University of California Museum of Anthropology, directed by Kroeber. Here, among other things, he helped spark the modern sport of bow-hunting by teaching techniques to UCSF physician Saxton T. Pope. (Pope would later institutionalize Ishi’s methods in his book Hunting with the Bow and Arrow, which is in the public domain and available here.)

As Le Guin noted on her blog, “Ishi died thirteen years before I was born, so I have no nice anecdotes about knowing him as a child.” Nevertheless, Le Guin grew up in Ishi’s shadow. In the summer, the family lived in “an old, tumble-down ranch in the Napa” which, she recalled “was a gathering place for scientists, writers, students, and California Indians.” In 1961, her mother Theodora wrote a book called Ishi in Two Worlds, which brought Ishi’s tragic story into full public view. (Le Guin’s brothers Karl and Clifton Kroeber edited a follow-up, Ishi in Three Centuries, in 2003.) Although Le Guin’s works deal with dragons and wizards, outer space anarchists and moon colonies, they also are deeply grounded in indigenous American history and lifeways.

In 1982, having already won fame for novels like A Wizard of Earthsea and The Dispossessed, Le Guin explicitly laid out her debt to indigenous modes of thought. In an essay titled “A Non-Euclidean View of California as a Cold Place to Be,” she wrote:

What the Whites perceived as a wilderness to be ‘tamed’ was in fact better known to human beings than it has ever been since: known and named. Every hill, every valley, creek, canyon, gulch, gully, draw, point, cliff, bluff, beach, bend, good-sized boulder, and tree of any character had its name, its place in the order of things. An order was perceived, of which the invaders were entirely ignorant. Each of those names named, not a goal, not a place to get to, but a place where one is: a center of the world. There were centers of the world all over California. One of them is a bluff on the Klamath River. Its name was Katimin. The bluff is still there, but it has no name, and the center of the world is not there.

The recent tributes to Le Guin span many sectors of society, from Marxists to libertarians, and from comedians to librarians. But for students of American history, she has a special and distinctive legacy.

Le Guin is an example for Americans who seek to reckon with their own country’s dark colonial past, and to connect the lessons of that bloody history to contemporary concerns about environmental change and social inequality.

In “A Non-Euclidean View,” Le Guin cited a writer and folklorist who described a saying among some members of the Cree people:

The phrase is used to describe “the thinking of a porcupine as he backs into a rock crevice.” The author in question, Howard A. Norman, wrote that “the porcupine consciously goes backward in order to speculate safely on the future, allowing him to look out at his enemy or the new day. To the Cree, it’s an instructive act of self-preservation.”

For Le Guin, the expression became a kind of watchword. “In order to speculate safely on an inhabitable future,” she wrote, “perhaps we would do well to find a rock crevice and go backward. In order to find our roots, perhaps we should look for them where roots are usually found.”

But how to find a patch of ground to call home, a safe place to burrow backward into? The past, it is often said, is a foreign country: there’s no home to be found there. In Ishi in Two Worlds, we are told that Kroeber's associates “brought Ishi home” in 1915, when he was on the verge of death. But this did not refer to the traditional Yahi lands. Instead, Ishi was furnished with a “large and sunny” room in the back of Kroeber's museum in San Francisco, with view of a stand of eucalyptus trees. Here he passed his final days. His true home was not only geographically distant, but lost in time.

Home, for many, is often unreachable. But the writings of a great author can be a hospitable place, even a homely one. All we can say now, in the weeks after Le Guin’s death, is that her own writings will be remembered by many as something like the burrow of the porcupine: an underground world, a labyrinth, a warm and comforting lodging, but one that also serves a productive function, inviting us to look forward as well as backward, to think through possible futures as well as vanished pasts.

In science fiction and fantasy at their best, history is refigured into something that can help us imagine a better future. Le Guin’s gift—needed now more than ever—was to keep one foot in the world of imagination and another firmly rooted in the earth of our own place and time.

As Le Guin wrote in her essay “Operating Instructions”: “Home isn’t where they have to let you in. It’s not a place at all. Home is imaginary. Home, imagined, comes to be.”

Most of Le Guin’s works are under copyright, and readers who haven’t yet read books like The Left Hand of Darkness, The Dispossessed, or the Earthsea series are warmly encouraged to buy them from their publishers.

If you’re looking for online resources about Le Guin, her parents, or Ishi, here are some resources: