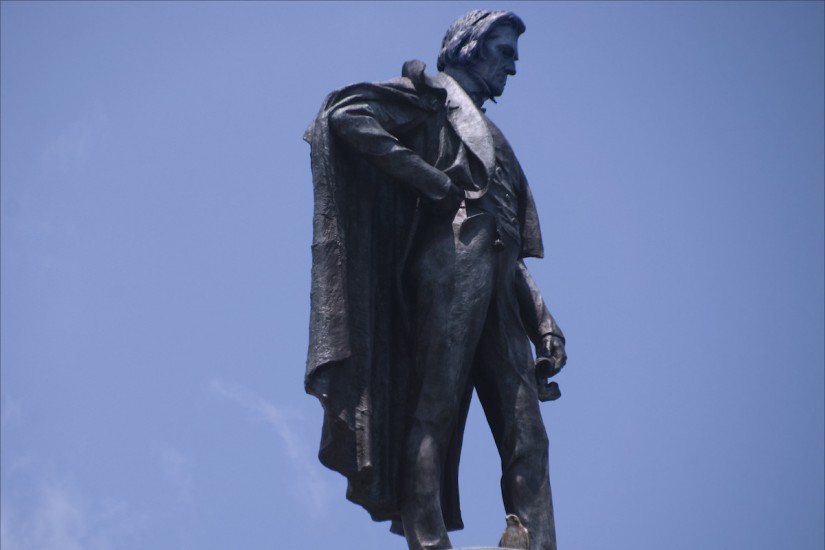 On January 9, 2018, the Charleston City Council deferred voting on a proposed new plaque for the John C. Calhoun statue downtown in Marion Square. Even before the matter came before the City Council, there was tension over late changes to the originally approved language. The final version of the plaque removed languagethat referred to slavery as a “crime against humanity” and addressed the “plague of racism” of which Calhoun was a part. Many members of the public, especially Black Charlestonians, were furious. A solution that was already a compromise had become even less biting. The Chairman of the Charleston History Commission responsible for the plaque, Harlan Greene, said of the language, “I think you will see we are praising Calhoun and condemning Calhoun at the same time.” The racial breakdown of the vote for the plaque’s language is unavailable, but it is notable that only four of the thirteen commission members are African American. White male Calhoun defenders present at the council meeting claimed that even the revised language contained too many “opinions about race” and that it should instead be a “historical statement.”

In the end, the statue of a man who defended slavery will remain unchanged for the foreseeable future. African American council members stated quite strongly in the aftermath of the vote that a plaque would not be sufficient; that Calhoun must come down. African American City Councilman Robert Mitchell recounting the many times he was arrested near the statue during civil rights demonstrations said, “those feelings for me can’t change, regardless of the wording—because of what he stood for at the time.”

Recent protests have coalesced around the continued glorification of Charleston’s history of racial violence and white supremacy symbolized in the statue.