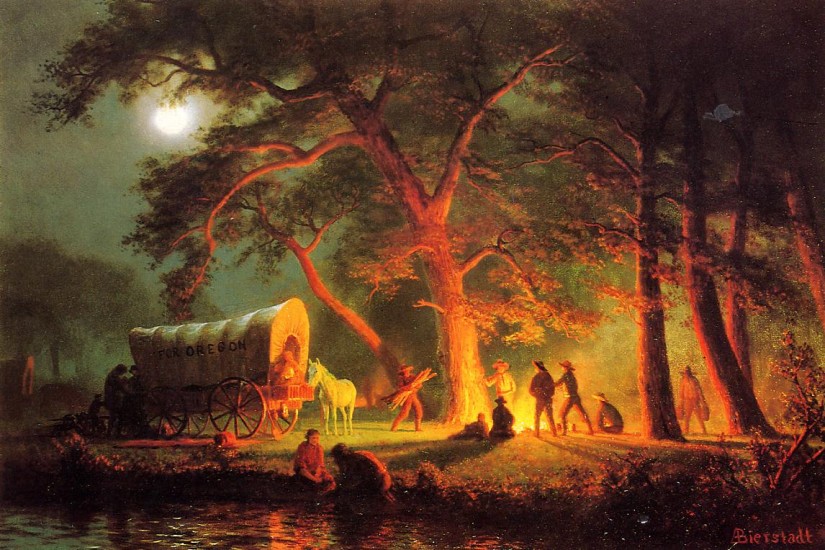 It is an axiom that our republic was founded on ideas, not ethnicity; it would be more accurate to say it was founded on ideas in tension with ethnicity. The European occupation of this continent occurred in the context of global history, which is not a story primarily of inclusion and tolerance. I sometimes think of the colonization of North America as the last of the Germanic invasions of the West, the hordes of Huns, Franks, Angles, Saxons, Goths, and Vandals who swept in from the steppes, swarmed over the Rhine and English Channel, shoved the Picts and Celts aside, and sailed across the Atlantic as soon as they had seaworthy ships for the open ocean. By the time the white tribes stormed ashore, the idea of the nation had begun to sprout in the West, but was tied to some notion of blood. So what were they to do with the other tribes that crossed the ocean, those found in place, or those brought here unwillingly? As colonizers and their descendants, Anglo Americans confronted diversity under almost unique circumstances. In this diversity the United States would find its genius and its sin, its triumphs and its atrocities, all wound together.

Long before such recent books as White Trash and Hillbilly Elegy drew attention to white subcultures, historian David Hackett Fischer wrote Albion’s Seed, which describes four major groups that settled British North America: the Puritans of East Anglia, the royalist cavaliers of the south and west of England, the Quakers of the North Midlands, and the poor of the English, Scottish, and Irish borderlands. Each left a lasting imprint on America’s regional cultures, he argued. It’s fascinating stuff, yet these groups differed far more from the non-British peoples they met than each other.