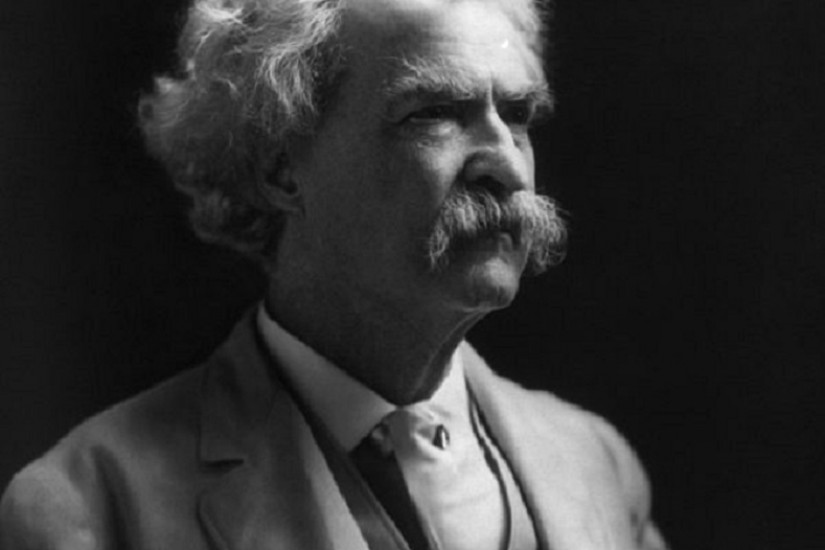 A photo of Mark Twain, 1907.
A.F. Bradley/Library of Congress

Over a century and a half ago, a columnist for the San Francisco Daily Dramatic Chronicle predicted that Samuel Langhorne Clemens, aka Mark Twain, was “bound to have a biographer one of these days—may it be a hundred years hence!” Albert Bigelow Paine’s official biography of the author was published less than fifty years later. It is an indispensable source for the legend of Saint Mark. Paine portrayed his subject as “the zealous champion of justice and liberty” who was “never less than fearless and sincere. Invariably he was for the oppressed. He had a natural instinct for the right, but, right or wrong, he was for the underdog.” As recently as 2002, Robert E. Weir echoed the dubious claim: Sam “was an indefatigable foe of anything that stood in the way of human progress and individual potential,” as if to suggest that the world would be a better place if only everyone emulated him. Sam Clemens’s most honest comments about his life, or so he asserted, appear in his autobiography, most of which appeared posthumously. “A book that is not to be published for a century gives the writer a freedom which he could secure in no other way,” he explained in 1899. “In these conditions you can draw a man without prejudice exactly as you knew him and yet have no fear of hurting his feelings or those of his sons or grandsons.” “I speak from the grave rather than with my living tongue, for a good reason,” he declared. “I can speak thence freely.” In a March 1904 letter to his friend W. D. Howells, Sam described his autobiography as

the truest of all books; for while it inevitably consists mainly in extinctions of the truth, shirkings of the truth, partial revealments of the truth, with hardly an instance of plain straight truth, the remorseless truth is there, between the lines, where the author-cat is raking dust upon it which hides from the disinterested spectator neither it nor its smell … the result being that the reader knows the author in spite of his wily diligences.


Howells replied skeptically, “Even you won’t tell the black heart’s-truth. The man who could do it would be famed to the last day.”

Howells was correct. In the end, Sam failed to tell the whole truth and nothing but the truth about his life in his memoirs.