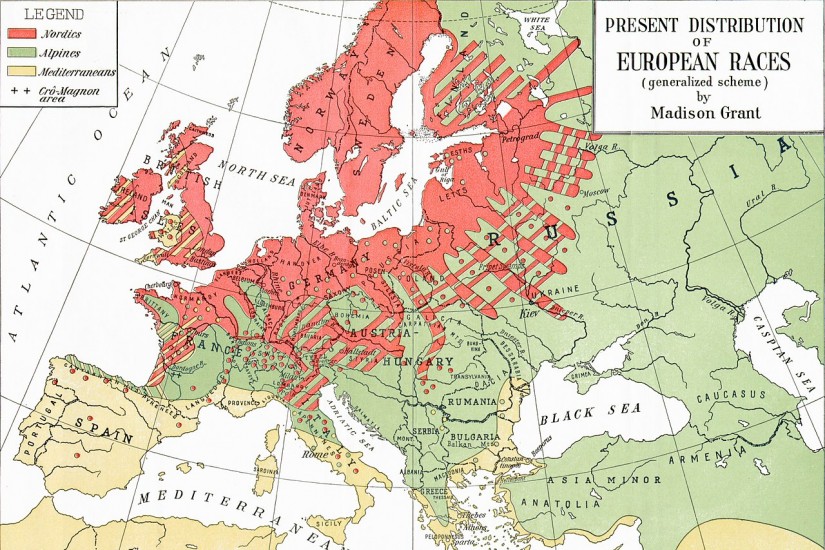 2016 marks a century since the publication of The Passing of the Great Race, a book described by the late paleontologist Stephen Jay Gould as “the most influential tract of American scientific racism.” Its author, Madison Grant, a genteel dabbler with impeccable establishment ties, was a pure and unabashed bigot, a patrician who defended social inequality as the outcome of biological fact. The good people of the heroic Nordic race, he cried, were always at risk of subversion by their darker-skinned inferiors, even in the land of Horatio Alger, where heredity, with enough sweat from one’s brow, was not supposed to trump environment or self-determination.

The Passing of the Great Race has had many uses over the years. The Führer himself raved about The Passing, calling it “my Bible,” and it was entered into evidence at the Nuremberg war crimes trials in defense of Hitler’s personal physician to show that specifically American theories of white racial superiority supported the crimes against humanity with which he was charged—forced sterilization, for instance, or unnecessary and experimental surgery performed without anesthesia.

Particularly striking about Grant is his lack of originality—his skill at reproducing as his own the conventional wisdom of white supremacy. In fact, the primary achievement of this arcane, humorless book may be simply that it was so influential despite borrowing so heavily from other writers whose work Grant digested. In his biography of Grant, Defending the Master Race: Conservation, Eugenics and the Legacy of Madison Grant, Jonathan Spiro writes that “almost nothing in The Passing of the Great Race is original.” Rather, the book is a “compendium of the work of other scholars, and almost every paragraph can be directly traced” back to figures such as the European scientific racists Arthur de Gobineau and Houston Stewart Chamberlain.