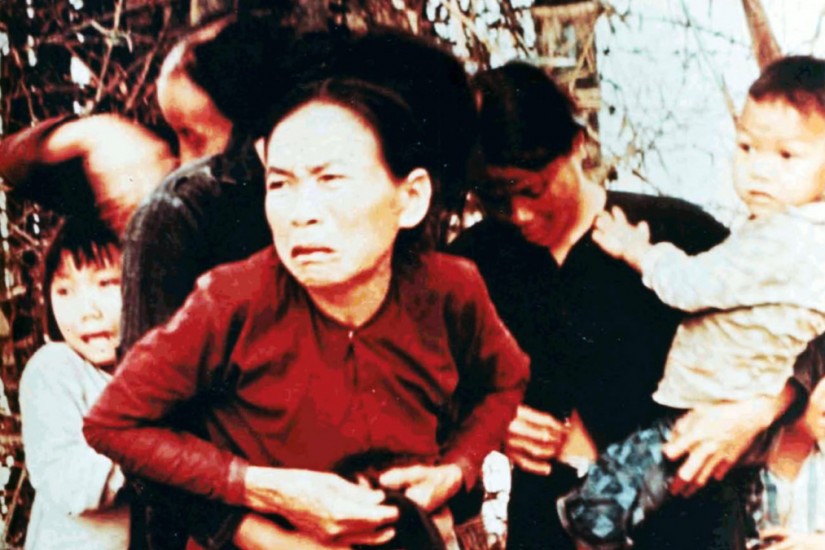 Photo from "Report of the Department of Army review of the preliminary investigations into the My Lai incident. March 1970." Originally taken in 1968 by Ronald L. Haeberle.
Ronald L. Haeberle/Library of Congress
…

The My Lai massacre has come to symbolise all that was worst about the US armed forces’ conduct of the war. The lieutenant stretched the truth when he asserted that he was ‘just following orders’, but he could legitimately assert that the killings reflected a culture of casual murder, a racial contempt for Vietnamese, which infected many US units and their commanders. Even when a belated judicial process began, it fell to pieces amid the rival demands of anti-war sentiment, politics and supposed patriotism. The army would have struggled to punish all the men in the 23rd Division who breached the laws of war and of human rights: such a course would have required the imprisonment of scores of officers and men. But justice would have been well served by imposing custodial sentences on several of the senior officers named by the Peers inquiry, Major General Koster foremost among them.

More than a few American officers recalled that after the end of the Second World War, the US army hanged General Tomoyuki Yamashita, holding him culpable for atrocities committed in the Philippines by his soldiers. It was acknowledged that Yamashita had neither ordered the crimes, nor even perhaps known of them. But the court found that he should have done. Koster’s case was worse, in that there was no dispute about his knowledge of the crime or his wilful deceit in seeking to suppress the facts about it. Yet Koster was permitted to remain a serving officer, merely suffering demotion.

The damage inflicted by My Lai on the image of the US and its armed forces as ‘crusaders for freedom’ persists to this day. As so often with stories of this kind, the institutionalised cover-up and the surge of public support for those who carried out the offences, make even uglier reading than the narrative of the original massacre. The apologists for C Company, and indeed for the US army, tried to make a case that, while it may not have been entirely acceptable to murder Vietnamese peasants, it was understandable and excusable.

Jones’s cool, comprehensive account, which rightly devotes most attention to the responses to the massacre, both within and without the US army, concludes that the GIs in Charlie Company were ‘not much different from the young men who have fought in every war’.