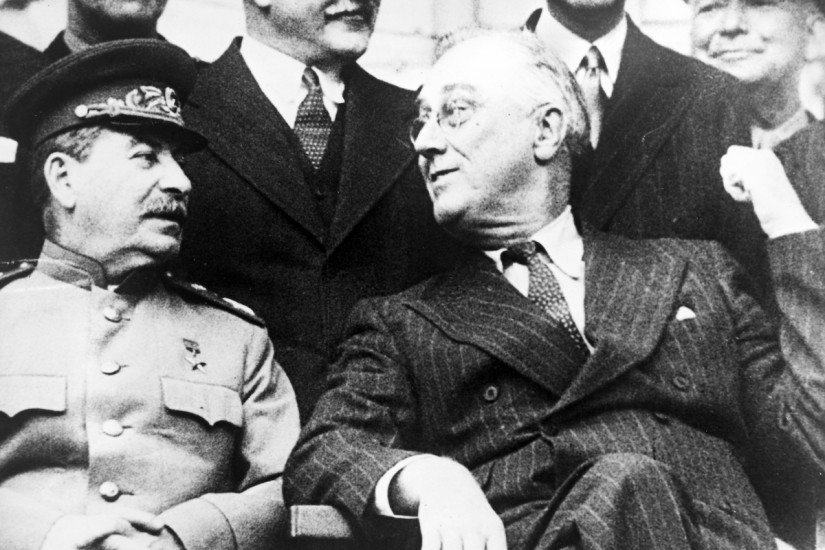 Joseph Stalin and Franklin Delano Roosevelt at the Tehran Conference in 1943.
Library of Congress/Wikimedia Commons

In a new introduction to his classic novel, The Spy Who Came in from the Cold, John le Carré evokes memories of the early days of the era that came to be known as the Cold War, when he served in the intelligence service at the British Embassy in West Germany, located in what was then the capital city of Bonn. As the wall separating East and West was being erected in Berlin there was no real sense of a transition from the “hot” war that had ended in 1945 to the new “cold” one, he recalls. Instead, World War II was seen in retrospect as a distraction. “Now that it was over, they could get on with the real war that had started with the Bolshevik Revolution in 1917 and had been running under different flags and disguises ever since,” writes le Carré.

From the perspective of Harvard University Professor Odd Arne Westad, who was a boy in Norway in the 1960s when le Carré was stationed in the British Embassy in Bonn, it was indeed the Cold War—and not the Second World War—that defined the political history and the intellectual zeitgeist of the 20th century and that shaped the evolution of its international system. As Westad reminds us, the term “cold war” was coined by George Orwell in 1945 to denote the capitalist-socialist antagonisms between the United States and the USSR after the defeat of Nazi Germany.

Westad goes beyond that characterization and contends that the Cold War was an ideological clash between socialism and capitalism that was born from the global economic, social, and technological transformations of the late 19th century—peaking between 1945 and 1989 against the backdrop of the geostrategic confrontation between the world’s two superpowers and the rise of a bipolar international system. Then in the late 20th century, in response to the global economic, social, and technological transformations of that period, this grand ideological clash went through a process of slow decline and was finally met with sudden death, although its consequences can still be with us, according to Westad.

Thus does Westad place the Cold War into a hundred-year perspective that subsumes other seminal events of the last century, including World War II, into a rather neat framework.
…
View on The American Conservative
View Connections