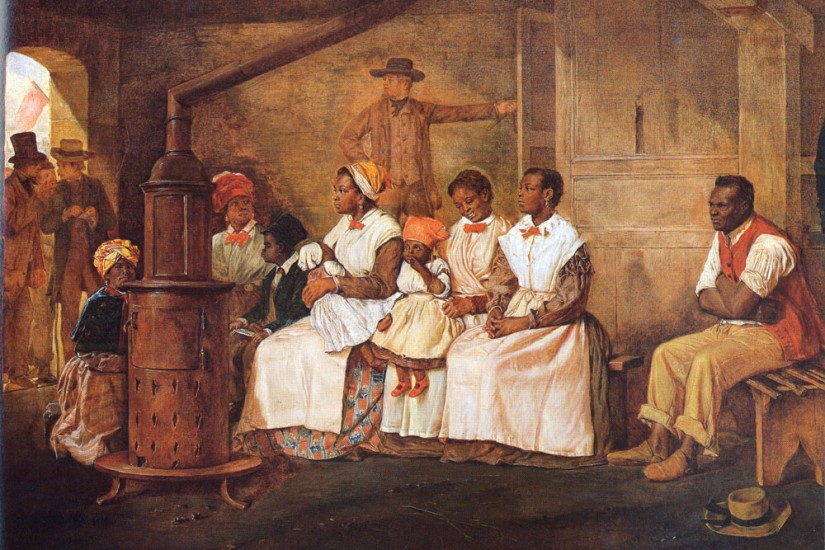 &#34;Slaves Waiting for Sale, Richmond, Virginia, 1861.&#34; Painted by Eyre Crowe.
www.slaveryimages.org
American enslavement of Africans defined the nature and limits of American liberty; it influenced the creation and development of the major political and social institutions of the nation; and it was a cornerstone of the American prosperity that fueled our industrial revolution. It’s not simply an event in our history; it’s central to our history.

Slavery’s long reach continues into the present day. The persistent and wide socioeconomic and legal disparities that African Americans face today and the backlash that seems to follow every African-American advancement trace their roots to slavery and its aftermath. If we are to understand the world today, we must understand slavery’s history and continuing impact.

Of course, Africans were not the only people enslaved in the Americas. Before setting a course for extermination, colonial powers enslaved Native people en masse. Although this report focuses on the lasting influence of African enslavement, the legacies of racism and white supremacy that plague our country today are a direct result of racial theories that arose to justify enslaving both Native and African people.

Unfortunately, research conducted by the Southern Poverty Law Center in 2017 shows that our schools are failing to teach the hard history of African enslavement. We surveyed U.S. high school seniors and social studies teachers, analyzed a selection of state content standards, and reviewed 10 popular U.S. history textbooks. The research indicates that:

High school seniors struggle on even the most basic questions about American enslavement of Africans.

Teachers are serious about teaching slavery, but there’s a lack of deep coverage of the subject in the classroom. 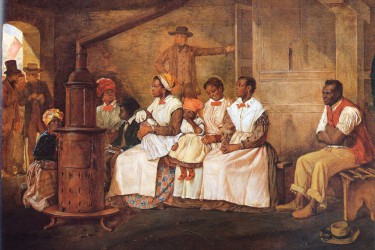