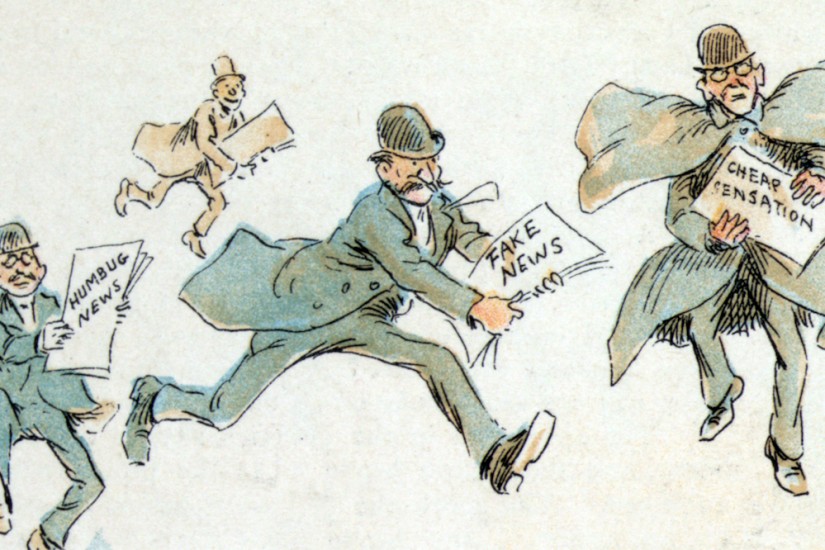 After digging into the history of the term, I found that journalists used “fake” in the 19th century to warn American consumers about products proffered by patent medicine pushers, con artists and hucksters.

But I also found that just prior to the Spanish-American War in 1898, readers started getting warned about “fake news.” At the time, the newspapers of media magnate William Randolph Hearst started publishing made-up interviews and stories about invented battles.

These sensational clips were often picked up – or copied – by news gathering agencies and sold wholesale to newspapers. They cascaded throughout the media system because, at each point, publishers realized they could make money by reprinting the stories.

As the lucrative practice spread, critics started sounding the alarm. When the Associated Press manufactured and distributed a story about insurgents capturing Havana, The New York Sun took a whack at the AP, running the headline “FAKE NEWS FACTORY.”

In 1897, an article in The Minneapolis Journal also warned of “a fake news factory” near Duluth selling stories with a Midwest flavor for national wire service distribution. The article argued that each time a “fake news publisher” recirculated fakes, it became harder to tell what was true. At a certain point, “People cannot tell whether what they read has any foundation,” it said.