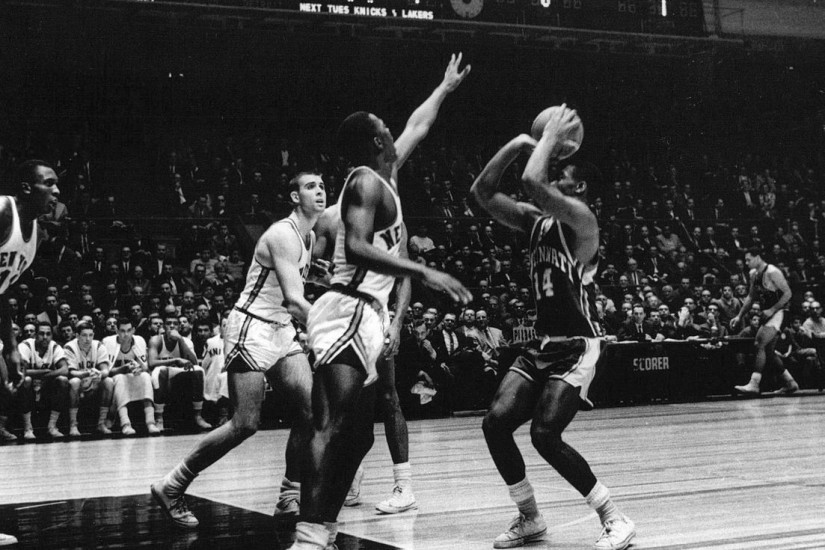 A key and under-credited reason for this social deregulation of sports had to do with the economics of the games. In 1960 professional athletes in the three major sports (Major League Baseball, the National Basketball Association, and the National Football League) were literally owned by their teams, like race horses, for as long as and on whatever terms the teams wanted. This was known in baseball as the "reserve clause" (and in the other two sports as the "option clause"), and for generations owners had successfully convinced Congress that the clause's competition-suppressing impact should not be considered an antitrust violation, because sports weren't businesses (despite the teams' often vast profits). As a result, if players didn't like their contracts, all they could do was complain to the press or quit, and in the latter case no other team could hire them away.

This system came under sustained attack from the players of all three sports in the mid-1960s, coinciding almost perfectly with their newfound willingness to speak and act out. By 1976, after long and bloody fights, athletes had finally won the right to become free agents, able to sign new contracts with any team after their current deals expired. Combined with the explosion of live satellite television and the short-lived presence of competing professional leagues in basketball and football, the fight for free agency jacked up salaries more than tenfold and put more swagger in the players' steps.

The direct link between economic freedom and unfettered self-expression is the unarticulated subtext of the many biographies of stars from this era. Mark Kriegel's widely praised Namath and William Kashatus' September Swoon: Richie Allen, the '64 Phillies and Racial Integration dig up example after example of contractual bargaining power enabling truly free speech, which in turn thrilled, challenged, and outraged the public and the press. This theme is even more explicit when the athletes tell their own tales, as in basketball Hall of Famer Oscar Robertson's The Big O.

Without his record-breaking $400,000 contract–made possible only by the brief, competitive presence of the American Football League–Joe Namath might never have bent genders, hosted his own weirdo talk show (in which a typical episode included Truman Capote and boxer Rocky Graziano talking with sportswriter Dick Schaap about the Vietnam War while swilling booze in coffee cups), or eloquently defended his God-given right to get wasted whenever the hell he pleased.