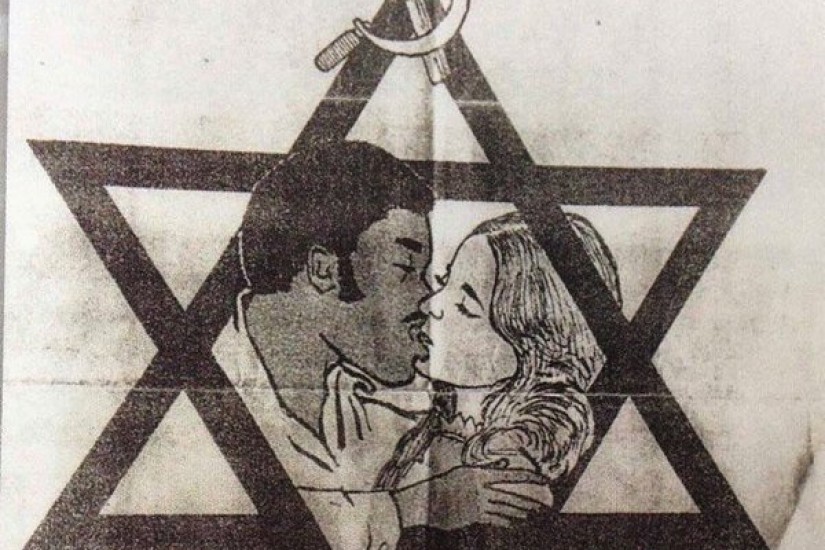 An antimiscegenation poster that associates miscegenation with communism and the Jews.
Unknown/Creative Commons

Love is hard to argue with, its demands absolute, its yearnings seemingly colorblind. But Virginia fought hard against love, going so far to as to arrest it, charge it with a felony, sentence it to a year in jail, and then exile it to a neighboring city. And so love sued Virginia and took it to the Supreme Court and won.

I’m referring of course to Loving v. Virginia, the fifty-year-old landmark civil rights decision that invalidated laws prohibiting interracial marriage. The case was brought by non-White (more on that in a moment) Mildred Loving (formerly Jeter) and Richard Loving, a White man. Their marriage (performed in Washington, D.C.) violated their home state’s anti-miscegenation statute, the Racial Integrity Act of 1924. Sentiment might have its place, Virginia argued, but it had to obey the order of things. As the sentencing judge, Leon M. Bazile argued in 1965: “Almighty God created the races white, black, yellow, malay and red, and he placed them on separate continents. And but for the interference with his arrangement there would be no cause for such marriages. The fact that he separated the races shows that he did not intend for the races to mix.”

The Lovings, supported by the ACLU, appealed the state-level decision to the Supreme Court, which unanimously overturned their convictions in 1967. Chief Justice Earl Warren wrote in his opinion that “The Fourteenth Amendment requires that the freedom of choice to marry not be restricted by invidious racial discrimination.” Thus did the Lovings become accidental activists, and with their victory laws barring interracial marriage with Blacks in Virginia and 15 other states came tumbling down. Today, one in six newlyweds in the United States has a spouse of a different race.

And yet, the legacy of Loving remains complex. First, Angela Gonzales and Peter Wallenstein look at the Black and White divide in 20th century Virginia and reveal that Mildred Loving didn’t think of herself as Black. Gonzales shows how officials in Virginia and throughout the Southeast actively worked to erase “Indian” or “Native Virginian” identities in deference to White supremacy, while Wallenstein delves more deeply into legal fights over anti-miscegenation laws and the challenges posed by the lasting rhetoric of race. Gretchen Livingston picks up with data on the status of interracial marriage in the U.S. today, and Christopher Bonastia finds cause for optimism in those numbers in a time when “unvarnished, unapologetic racism has made an ignoble comeback.” Where laws against discrimination have been left weakly enforced—if at all—the simple victory represented by the Loving case helps us believe that, well, Virginia and the United States are still for lovers.