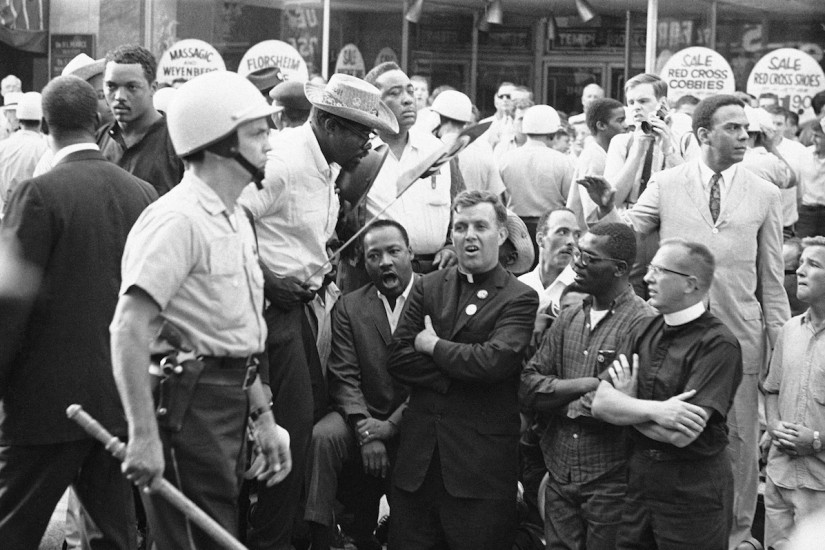 It was bitterly cold on January 26, 1966, the day Martin Luther King Jr. and his wife, Coretta, moved into a $90-a-month railroad flat on the top floor of a rundown building on the corner of Hamlin Avenue and 16th Street. The North Lawndale tenement, which stood two blocks from a pool hall that served as headquarters for the Vice Lords street gang, had no lock on its front door and a packed-dirt floor in the foyer.

Just 11 days after his 37th birthday—and coming off the history-making triumphs in Birmingham and Selma that laid the groundwork for the passage of the Civil Rights Act of 1964 and, a year later, the Voting Rights Act—King had come to Chicago to make the city the next proving ground for his nonviolent revolution. In the South, King and his followers had taken on Jim Crow segregation at lunch counters, on buses, and in voting booths; in the North, his crusade, called the Chicago Freedom Movement, would confront a less overt but equally insidious injustice: namely, the discriminatory and duplicitous real estate practices, such as steering, redlining, and panic peddling, that kept blacks boxed inside big-city ghettos. “If we can break the system in Chicago, it can be broken any place in the country,” King declared at a summit of community organizations in 1965.

During the sweltering summer of 1966, the campaign—King’s first major one outside the Deep South—culminated with the kinds of demonstrations and marches into all-white neighborhoods he’d employed earlier. They triggered open violence—most famously during a march in Marquette Park, where King was attacked by an angry mob. The marches—which will be commemorated with the unveiling of a permanent art installation in the park on August 5—exposed to the entire world Chicago’s simmering cauldron of racial tensions, which Mayor Richard J. Daley had, until then, managed to keep from boiling over. “I think the people from Mississippi ought to come to Chicago to learn how to hate,” King said afterward.

But the movement that began with great fanfare and climaxed with dramatic marches ended with little more than a shaky truce between King’s forces and Daley’s coalition of white civic and business leaders. Critics derided the deal, saying it wasn’t worth the paper it was written on. Nevertheless, King claimed victory, left town, and turned his attention to the Vietnam War and, after that, to organizing what he called the Poor People’s Campaign. Within a year and a half of the conclusion of the Chicago Freedom Movement, he was assassinated.