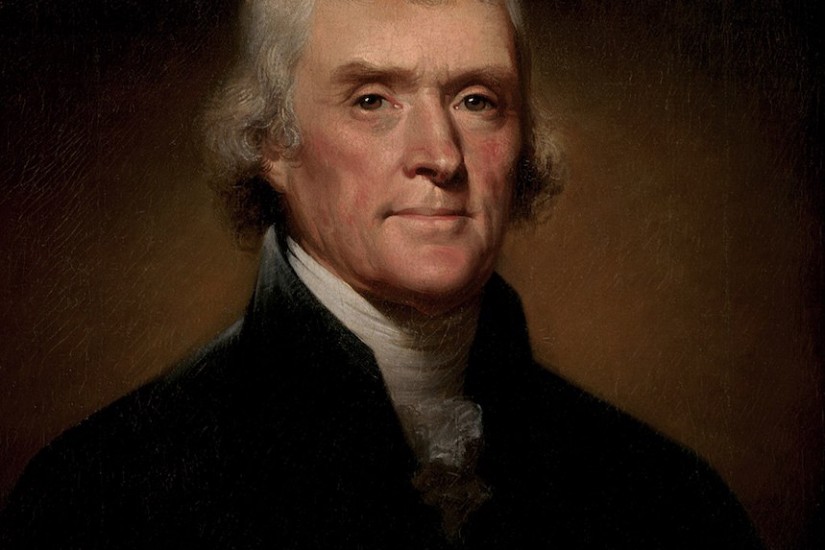 The Founding Fathers have had quite a run in the last few years. Starting in the early 1990s, books about the founding generation began to appear among the hottest publishing topics in nonfiction. Publishers rushed to bring out more and more accounts about the Founders in their various guises—as revolutionaries, as constitutional architects, as family men, and as literary participants in the wider republic of letters. Soon some historians were lamenting what H. W. Brands labeled “Founders Chic,” the peculiar phenomenon in which the eighteenth-century Founders were deemed au courant gurus who supposedly provided cures for all contemporary ailments. But such complaints largely fell on deaf ears. The adulation has continued unabated.

And yet there has been one key exception to this general celebration, one Founder who has seen his reputation plummet to an almost unimaginable depth. Thomas Jefferson used to be singularly revered as the author of the Declaration of Independence. Starting in the 1960s with the black freedom struggle, some critics began to see Jefferson as a more general sym- bol of the hypocrisy of the United States. Though he proclaimed that all men are created equal, he owned hundreds of slaves. An unseemly rumor held that those few he freed were his children, borne by his slave Sally Hemings. Still his reputation among many historians remained resilient. In 1974 when Fawn M. Brodie published Thomas Jefferson: An Intimate History, a psychobiography concluding that Hemings was in fact his concubine, most of Jefferson’s latter-day scribes remained unconvinced.

But in 1997 Annette Gordon-Reed’s Thomas Jefferson and Sally Hemings: An American Controversy broke through the resistance. Employing a lawyerly sense of evidence and burden, she documented the way that many of Jefferson’s biographers, so committed to a specific image of the man and so inclined toward a specific kind of written (and therefore white) historical record, had denigrated other evidence that pointed toward Jefferson’s long-term sexual relationship with his slave. The following year, DNA evidence showed that someone within the Jefferson line had fathered Hemings’s last child. The most likely person to do that would have been Jefferson himself. In short order, many historians concluded that Jefferson was the father of all of Hemings’s children, having entered into a concubine relationship with her as a forty-year-old man while she was in her early teens, possibly as young as thirteen.

The revelation shredded Jefferson’s reputation. Although not everyone would agree with Paul Finkelman’s assessment that “Jefferson is one of the most deeply creepy people in American history,” after Gordon-Reed’s book few historians would embrace him without caveat as the sage of Monticello, the prescient voice from the past.

Now come two books suggesting that the widespread condemnation has gone too far. The most vigorous defense is from John B. Boles in a new biography, Jefferson: Architect of American Liberty, that seeks to present Jefferson, as the author explains, “holistically and within the rich context of his time and place." When seen in that context, Boles argues, Jefferson becomes a figure easier to understand and even to admire. “Jefferson challenges us more thoroughly than any other Founder,” Boles writes, “but in the end, he is the most attractive, most elusive, most complicated, most intellectual, most practical, most idealistic, most flexible, and most quintessentially American Founder of them all."