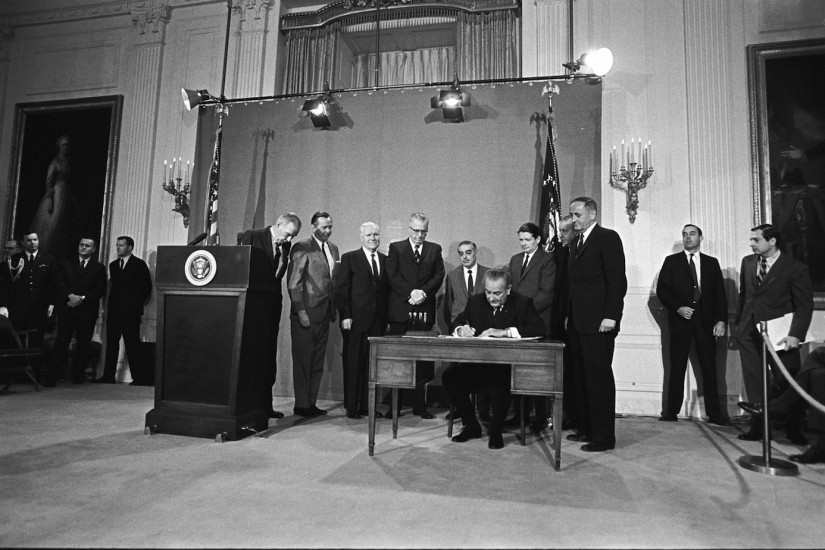 Beginning in late 1965, the 15-member Carnegie Commission on Educational Television had been working began work to assemble a report that studied the state of noncommercial television and proposed mechanisms to improve the system with increased funding, improved technology, and revamped programming.

There was an “urgent need to project the requirements for the future if we are to meet educational, social and cultural demands. This will call for recommendations on not only the facilities and finances of educational television, but also the manpower and organization,” President Lyndon B. Johnson wrote in November 1965 in a letter to the board’s chair, former MIT president James R. Killian Jr.

Their work culminated in a report, “Public Television: A Program For Action,” which addressed the challenges Johnson raised. Released 50 years ago this week, the document became the foundation for what would become the Public Broadcasting Act of 1967, which was signed into law that November. That legislation established the Corporation for Public Broadcasting, which led to the creation of both PBS and NPR. (The Carnegie Commission was solely focused on TV; financing for public radio was a last-minute addition to the legislation.)

It is no small irony that, exactly 50 years later, the Trump administration is reportedly planning to eliminate public funding for the Corporation for Public Broadcasting. The commission’s report had called for a ongoing funding mechanism — a tax on the purchase of every new TV set — that would protect public broadcasters from political battles in Washington. That recommendation didn’t make it into the final legislation, and CPB, PBS, and NPR have over the years become frequent political targets, primarily for Republicans. It’s a long way from Johnson’s Great Society to the Trump administration — but it’s worth looking back half a century at the forces that animated and informed the rise of today’s public media system.