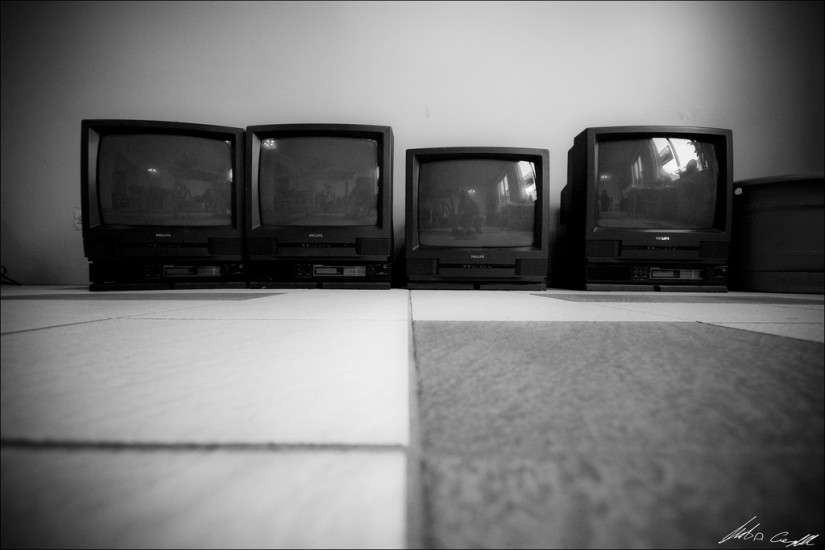 CRTs were once synonymous with television. By 1960, nearly 90 percent of American households had one. But at the turn of the millennium, their popularity rapidly decayed as LCD panels flooded the market. Even though CRTs comprised an estimated 85 percent of US television sales in 2003, analysts were already predicting the technology’s demise. In 2008, LCD panels outsold CRTs worldwide for the first time. Sony shut down its last manufacturing plants that same year, essentially abandoning its famous Trinitron CRT brand. By 2014, even stronghold markets like India were fading, with local manufacturers switching to flat-panel displays.

Despite all this, picture tube televisions continue to linger. You’ll find them in museums, arcades, video game tournaments, and the homes of dedicated fans. But as the CRT slips further into obsolescence, devotees like Lui are navigating a difficult transition between simply maintaining an aging device and preserving a piece of technological history.

The concept of television predates the electronic CRT display by decades. Scholar Alexander Magoun’s book Television: The Life Story of a Technology describes it as a natural extension of the telegram, fax machine, and telephone. In 1879, a cartoonist envisioned families communicating across continents via a wall-mounted “telephonoscope.” In the 1880s, German inventor Paul Nipkow imagined capturing slices of an image through holes in a spinning disk, then projecting the light patterns through an identical disk on the other end. Russian scientist Constantin Perskyi reported on this new theory of “television by means of electricity” at the 1900 Paris world’s fair, coining the term that we still use today.

…
View on The Verge
View Connections