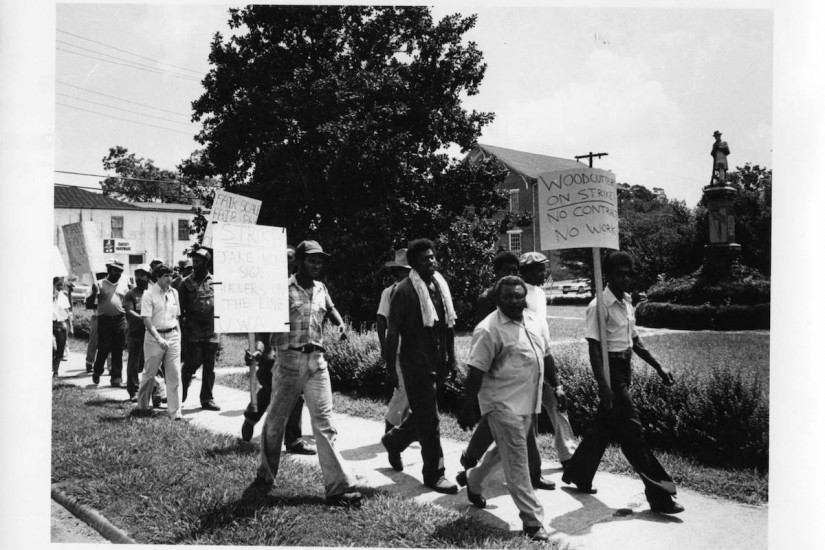 Increasingly, many have looked to the 1970s as the period when labor’s slide started. The idea of the ’70s as labor’s lost decade is old, emerging out of the fissures—real and imagined—between the New Left and the working class. The scenes are familiar, even to the point of cliché: the 1970 hard-hat riot, when construction workers beat up antiwar protesters in Lower Manhattan; the enthusiasm of the AFL-CIO for the Cold War in general and the Vietnam War in particular; the violent resistance to racial integration among blue-collar white ethnics; and the union bosses like George Meany, who could be found backslapping Richard Nixon on the golf course. But conspicuously absent from such accounts is a later generation of labor activists who fell outside the Meany mold: young, black, and women workers, whose activism was informed by their participation in the protest movements of the 1960s. They were labor’s last hope—a militant new generation of activists, drawn from the professional and working classes, who might have saved organized labor from itself—and by recalling their history, we can get a much better sense of the suppressed alternatives to our current situation.

This task is central to Lane Windham’s new book, Knocking on Labor’s Door, which attempts to show how the 1970s working class engaged in behavior very different from the quiescence and conservatism for which it is generally impugned. While some have argued that the working class lost its will to fight, even its will to live, in these years—a decade-long diminuendo as performed by Bruce Springsteen—Windham sharply points the other way. Even as worker actions convulsed Chile and Brazil, even as South Africa saw massive industrial upheaval, Italy had its autunno caldo, and Britain shivered through its “winter of discontent,” American workers were waging their own fierce workplace battles. Far from being bypassed by a global wave of resistance, they joined “this worldwide uprising in the 1970s,” Windham writes, “and NLRB elections were one of their chosen platforms.”