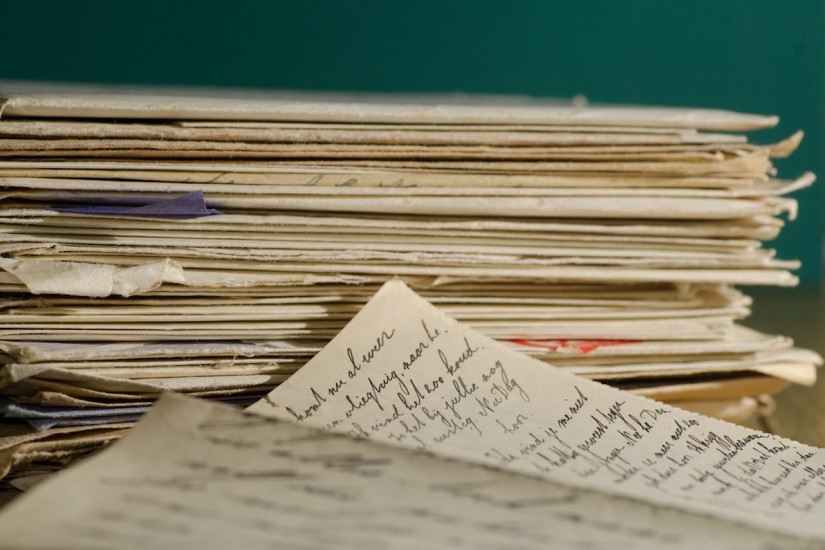 The mostly handwritten letters, on tissue-thin paper, dated to World War II and were penned mostly by the members of a single family — the Eydes of Rockford, Ill. Three brothers were in the military: one in the Marine Corps, one in the Army and one in the Army Air Forces.

There were hundreds of letters, stretching over four years of war and beyond. They captured the horrors of combat, offered warm reminiscences of childhood and exchanges about everything from the movie “Casablanca” to the brothers’ beloved Chicago Cubs. The brothers also used racist and pejorative language, including in their descriptions of Japanese and German forces.

Back at his kitchen table, Alosi, joined by his wife and children, continued to pore over the correspondence. They took turns reading the letters aloud.

Alosi wondered how such an intimate and gripping collection had ended up in a storage locker, whether any of the brothers had children, and if there was anyone left who would care to see them.

“I’ve seen multiple times the way people leave things, you know?” Alosi said. “And when they leave them in a certain way, it’s like they don’t plan on coming back.”

What remained was the story contained in the letters.