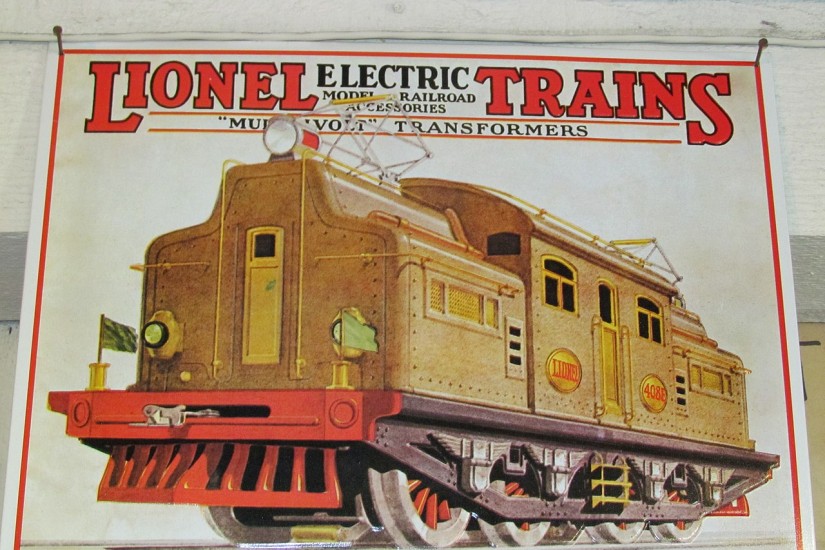 Back on the full-scale tracks, real trains were also undergoing technological changes, most significantly in the 1920s and ’30s, when diesel locomotives began to prove their viability as a replacement for coal-powered steam. In general, though, train technology moved at a less-than-locomotive pace. “Railroads have always been reluctant modernizers,” Souter says. “They hung on to old technology as long as possible. How long did they use link-and-pin couplers before they came up with the knuckle coupler?” he asks. “And brakemen spent decades climbing to the tops moving rail cars to manually turn the wheels that closed the brakes on each and every car before Westinghouse’s air brakes were adopted.”

Model trains aped these advances, but what’s more interesting to Souter than the evolution of a given piece of railroad technology was how the hardware was mixed and matched. “Railroads ordered different features for their locomotives according to job requirements, from the water heaters and fireboxes to the coal stokers and oil burners. So, most steam, electric, and diesel-electric locomotives were custom-built. Likewise, toy trains had to be prototypical for the railroads they represented.”

In other words, the differences between, say, a Lionel Blue Comet and an American Flyer Royal Blue was not just the shade of indigo. Rather, these model-train locomotives were faithful to the equipment configurations of the real-world locos run by the New York Central System and Baltimore & Ohio railroads, respectively. Model-railroad enthusiasts applauded this realism, which they valued over the relatively slow pace of technological change in model trains and their life-size sources.

By the middle of the 20th century, railroad tracks were crisscrossing the nation, as much a part of the American landscape as majestic purple mountains and amber waves of grain. Indeed, the ubiquity of the railroad in the mid-20th century is certainly one reason why model trains were as popular as ever in the 1950s and ’60s. But according to Paul Saffo, mid-20th-century adults and children viewed trains of all sizes very differently from their turn-of-the-century counterparts. “In 1900,” Saffo told me, “railroads were only a couple of decades old, in the same way that around 2000, personal computers were relatively new. The Wright brothers hadn’t flown yet in 1900—trains were very futuristic.”