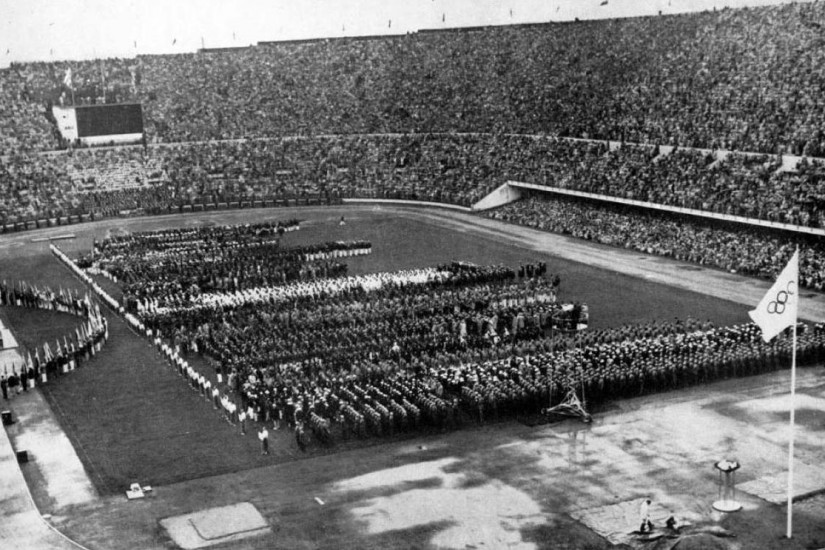 Athletes line up by nation at the 1952 Summer Olympics.
Wikimedia Commons

The relationship between politics and international sport is fraught with tension and drama: the same qualities that make for the most riveting athletic contests. The Olympics are no stranger to this dynamic, as the Games have long enabled global superpowers to enact their political and ideological conflicts in sport. The 2018 Olympics in Pyeongchang will be particularly laden with geopolitical drama given the International Olympic Committee’s (IOC) decision to ban the Russian Olympic Team from the upcoming Games. This almost certainly means that all eyes will be on the Russian athletes who petition to compete as individual competitors. But this will not mark the first time that athletes from Eastern Europe will face heightened attention and scrutiny at an Olympic Games. When the Soviet Union made its Olympic debut at the 1952 Summer Games in Helsinki, no one quite knew what to expect from a country that had shunned not only the Olympics but most athletic competition with the west since the 1917 Revolution.

The Soviets played up this mysterious angle in Helsinki as they demanded separate lodgings for their team and the other participating Iron Curtain nations. Team officials insisted on isolating their athletes in cramped, overcrowded dorms to prevent too much interaction with noncommunist athletes or attempted defections. The presence of a Soviet team heightened the competitive spirit among the participating nations, especially the United States. Four years earlier, at the 1948 Summer Olympics in London, most of Europe was still recovering and rebuilding after World War II. As such, the Americans, the world sporting leader, saw a need to scale back their performance at the Games, so as not to show up their weakened competitors. The United States Olympic Association reminded its athletes before London that sportsmanship should come first. That sentiment vanished once the Soviet Union joined the IOC in 1951 and announced its intention to compete in Helsinki.

As New York Times sports columnist Arthur Daley observed in June 1952, “There will be seventy-one nations in the Olympics at Helsinki. The United States would like to beat all of them but the only one that counts is Soviet Russia. The communist propaganda machine must be silenced so that there can’t be even one distorted bleat out of it in regard to the Olympics. In sports the Red brothers have reached the put-up-or-shut-up stage. Let’s shut them up. Let’s support the United States Olympic Team.”

Daley’s words encapsulated the sentiments of a Cold War-conscious readership who relished all chances to compete with the Soviet Union.