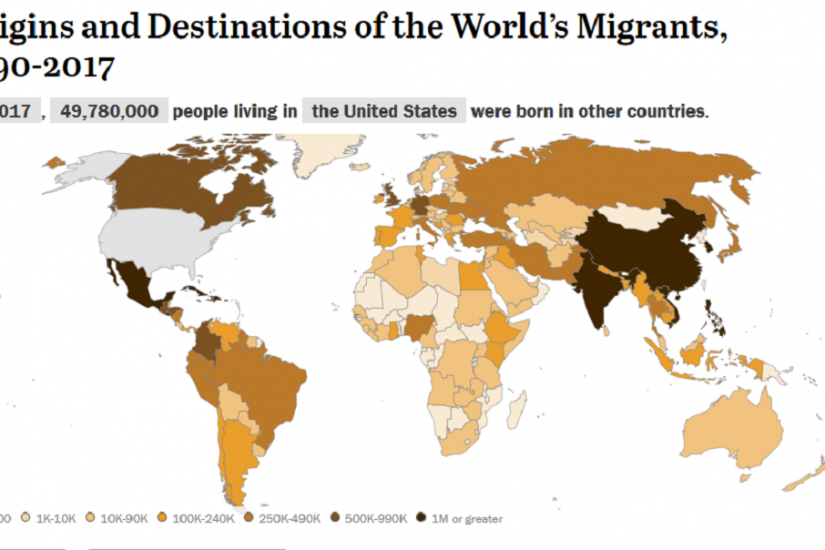 The figures in this interactive feature refer to the total number (or cumulative “stocks”) of migrants living around the world as of 1990, 2000, 2010 or 2017 rather than to the annual rate of migration (or current “flows”) in a given year. Since migrants have both an origin and a destination, international migrants can be viewed from two directions – as an emigrant (leaving an origin country) or as an immigrant (entering a destination country).

According to the United Nations Population Division, an international migrant is someone who has been living for one year or longer in a country other than the one in which he or she was born. This means that many foreign workers and international students are counted as migrants. Additionally, the UN considers refugees and, in some cases, their descendants (such as Palestinians born in refugee camps outside of the Palestinian territories) to be international migrants. For the purposes of this interactive feature, estimates of the number of unauthorized immigrants living in various countries are also included in the total counts. On the other hand, tourists, foreign-aid workers, temporary workers employed abroad for less than a year and overseas military personnel typically are not counted as migrants.