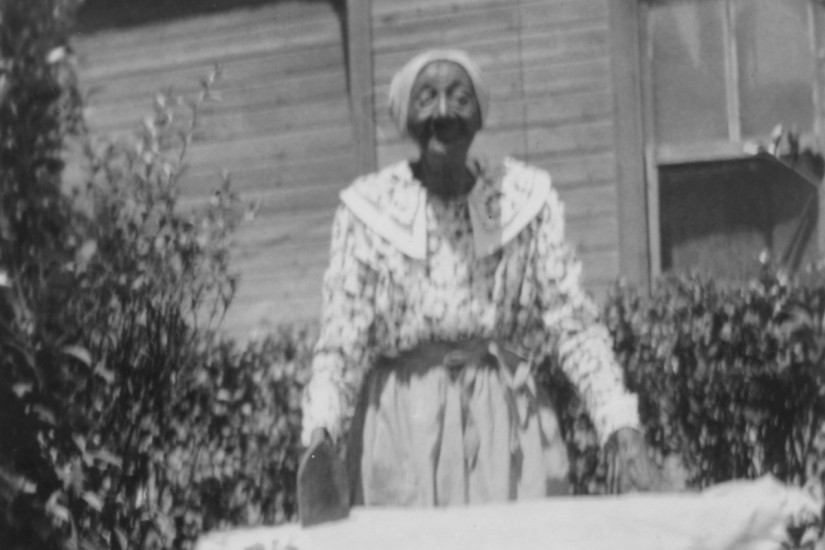 Shortly before the election of 1860, a man came upon a plantation near Marlin, Texas, some 20 miles southeast of Waco. Though nobody knew who he was, the plantation owner took him in as a guest. The stranger paid close attention to how the enslaved people working on the plantation were treated—how they subsisted on a weekly ration of “four pounds of meat and a peck of meal,” how they were whipped and sometimes sold, resulting in the tearing apart of families. Eventually, the stranger said goodbye and went on his way, but a little while later he wrote a letter to the plantation owner, informing him he would soon have to free his slaves—“that everybody was going to have to, that the North was going to see to it.” The stranger told the owner to go into the room where he’d slept, and see where he’d carved his name into the headrest. And when the slaveholder went and looked, he saw the name: “A. Lincoln.”

At least that’s what happened according to Bob Maynard, who was born a slave and recounted the story as an old man in an interview with an employee of the Federal Writers’ Project (FWP), a New Deal program created to put writers to work and enrich American culture. In 1936, the FWP began collecting interviews with former slaves, amassing thousands of pages of oral histories which, though often filtered through the racism of white interviewers and their supervisors, provide an invaluable snapshot of how more than 2,000 survivors of slavery lived and thought.

Nearly 40 of those interviewed claimed Abraham Lincoln visited their plantation shortly before or during the Civil War. They said he came in disguise as a beggar or a peddler, bummed free meals off his unsuspecting white hosts, snooped around to find out what slavery was like, and told the slaves they would soon be free.

The stories weren’t limited to one corner of the South. Lincoln didn’t just visit central Texas; he also visited the Mississippi Delta, the Kentucky Pennyroyal, and the Georgia Piedmont. In fact, as late as the 1980s, African Americans in the South Carolina Sea Islands claimed that Lincoln traveled there in 1863 to announce the Emancipation Proclamation in person; some even said they knew the exact tree under which he stood.

Though there’s no evidence Lincoln actually made any of these incognito visits to the South—and ample documentation to suggest these visits were wholly fictitious—it’s important that many former slaves believed he did.