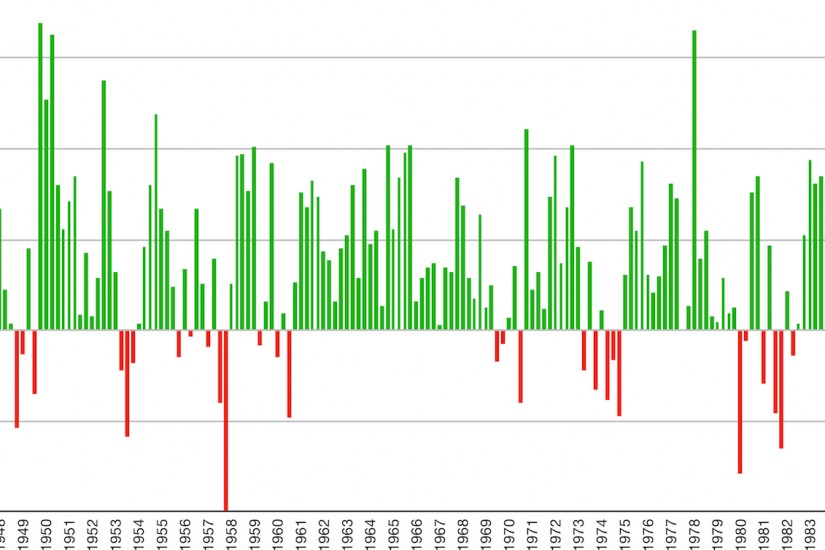 Spring 1932: former Ford Motor Company workers protest at the company’s River Rouge Complex, where police and private security kill five and injure more than 60; unemployed World War I veterans camp out on the steps of the Capitol, demanding “adjusted compensation” for their service; more than three quarters of a million New Yorkers are relying on help from the city, and many more need assistance.

Robert La Follette Jr., a progressive United States senator from Wisconsin, tried to bring a cool head to the search for relief. Without a lucid diagnosis of the depth and breadth of the Depression, La Follette believed, an effective prescription would be elusive. In addition to the deprivation and fear afflicting so much of the population, the US faced a more abstract problem: official economic data and statistics were so rudimentary that it was impossible to grasp the totality of the nation’s crisis. La Follette called for the first official report on the country’s income levels.

The responsibility for completing the task fell to a 31-year-old Belarusian American economist named Simon Kuznets. Renowned for his statistical acumen, Kuznets had long supported moving economics away from its qualitative, philosophical past and toward becoming a more scientific and mathematical discipline. He was also deeply concerned with the country’s overall welfare and believed that reliable statistics would offer a strong empirical base for crafting socially just policies. When Kuznets submitted his final report to the Senate in 1934, he outlined two measures of national income: “National Income Produced,” the net value of goods and services produced, and “National Income Paid Out,” which calculated the income from current production received by individuals as owners of capital and as workers. The estimates were a hit. President Roosevelt used them to assess the speed of recovery during the campaign of 1936, and they provided policymakers with the means to define the scope and content of major spending initiatives thereafter. The report even became a best seller.

Thanks to the work of Kuznets and his colleagues, the scattered and unreliable statistics of the 1930s quickly gave way to a world in which aggregate numbers shaped major national policies and established the terms of political debate.