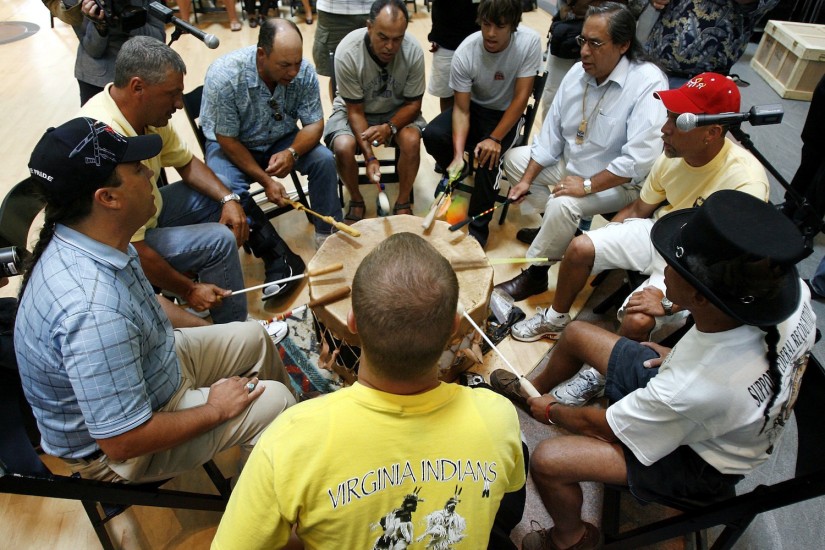 Members of Virginia Indian Tribes beat a drum at the Smithsonian's National Museum of the American Indian (2006).
Chip Somodevilla/Getty Images

For a Native American tribe, federal recognition comes with a host of benefits, including housing, health and education funding. But the process of achieving that recognition from the Bureau of Indian Affairs (BIA) can be difficult — particularly because the BIA requires tribes to demonstrate continuous existence as an Indian entity from colonial times to the present. That’s a standard that, as recent news shows, doesn’t match up with the reality of American history.

On Jan. 30, President Trump signed H.R. 984, the Thomasina E. Jordan Indian Tribes of Virginia Federal Recognition Act of 2017, which granted federal recognition to six Virginia state-recognized Native American tribes via a special act of Congress rather than through the usual BIA process. The recognition means that members of the six tribes have achieved sovereign (albeit limited) status. Virginia Senators Tim Kaine and Mark Warner hailed the bill as having “righted a historical wrong.”

Yet the story of federal recognition for those six tribes—the Chickahominy, the Eastern Chickahominy, the Upper Mattaponi, the Rappahannock, the Monacan, and the Nansemond—also shows that at least one particular “historical wrong” remains unaddressed. In fact, their story illuminates a central problem with the way Indian recognition is managed on the state and federal level, as it is based on a problematic idea of racial purity.

The history behind that idea — that racial purity specifically requires the demonstrable absence of African-American ancestry — goes back to none other than Thomas Jefferson. His blood politics became the cornerstone of Virginia (and later federal) Indian policy, which poisoned Black-Indian relations and divided the families of those who struggled to maintain an Indian identity by seeking formal recognition.