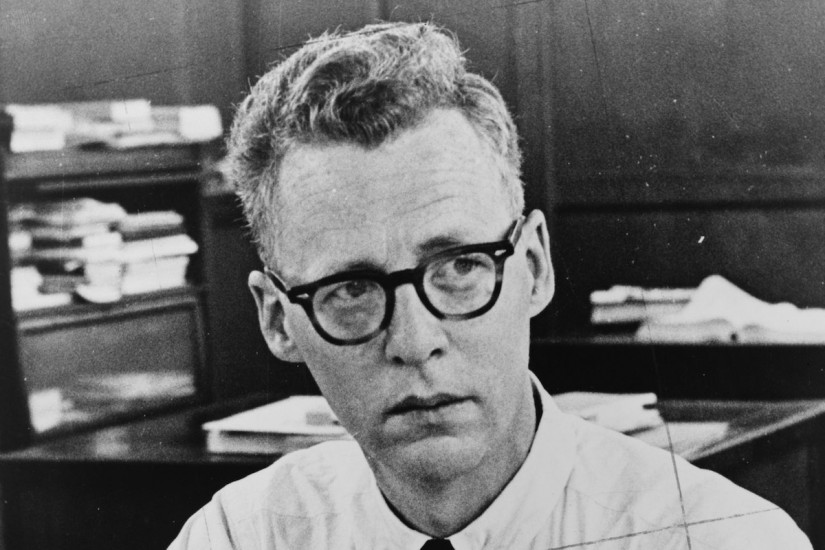 Pauli Murray could remember the house where she was born in 1910 belonging to “a well-kept neighborhood of rising young professional people of color who were buying their own homes and paying ground rent to the City of Baltimore for the land on which their houses were built.”

Murray lived on Argyle Avenue only until the age of three, when her mother died of a cerebral hemorrhage and her father, mentally ill from typhoid, could no longer care for her. She met Murray Kempton in 1940 because of a black sharecropper from Gretna, Virginia, named Odell Waller.

The undisputed facts of the case were that Waller, twenty-one, had shot and killed his white employer, Oscar Davis, following an argument over a quantity of grain that Davis owed him. A jury of white farmers found Waller guilty and he was sentenced to death. Both Murray and Kempton worked to save Waller’s life—she as a twenty-nine-year-old advocate from the Workers’ Defense League and he as a twenty-two-year-old reporter. To generate publicity for an appeal, Murray and Kempton cowrote a pamphlet called “All for Mr. Davis” that argued Waller’s confession of self-defense and excoriated the poll tax and the feudal exploitation underlying Virginia justice: “It is a whole way of life for a disinherited people that flings its challenge to us, daring us to practice democracy as well as to preach it.”

Despite their efforts, the state executed Waller by electric chair in July 1942. For Murray Kempton, following Pauli Murray’s lead provided some of his earliest direct exposure to the stakes of reporting and could only have further diluted the myths of his post-Confederate childhood. The execution spurred Murray to pursue a law degree at Howard University, where she graduated at the top of her class and would have continued to Harvard had they not rescinded her scholarship after discovering she was a woman.