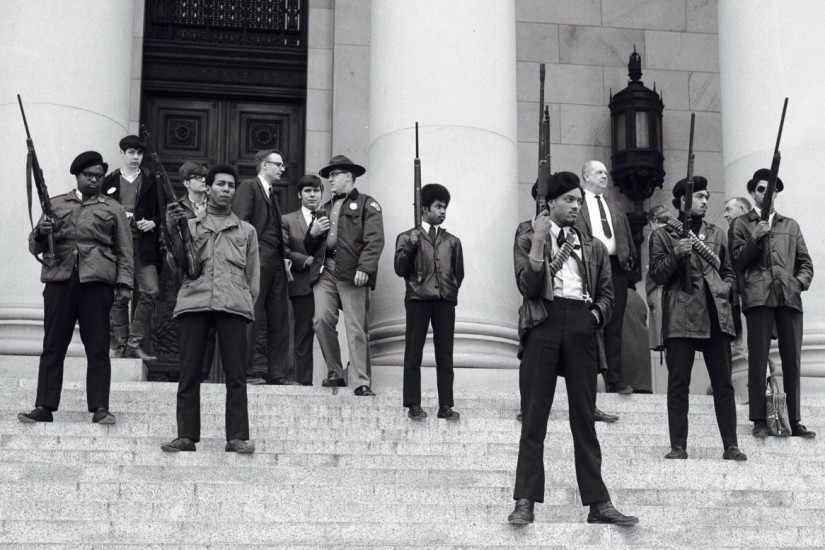 Let’s get right to the big question. Some gun-rights advocates argue that the initial aim of gun control was to keep firearms away from African-Americans. Is that accurate?

It’s a half-truth. There’s a long history of gun regulation in the United States. Some of the regulations have to do with slavery, but most don’t. Conservatives are taking one strand of history and making it seem like that’s the whole story. In fact, there were a lot of other gun regulations in the 18th and 19th centuries, and they had nothing to do with race or slavery. In general, that’s one of the biggest problems with the debate — the history is so complex, and if you just pick out little bits, you can construct any story you want.

What issues did those earliest gun regulations address?

Well, you have to start with the very definition of what it means to be an incorporated town or locality. In the colonial years, one of the things that defined your existence was your ability to regulate public safety, which meant passing local laws that regulated the storage and sale of gun powder. And then there were a whole variety of neutral regulations that placed prohibitions on firing guns in certain places or on certain days. For instance, there were laws that made it illegal to fire guns on New Year’s, or to have a firearm in a domestic dwelling in the city of Boston. At that time, there were also laws that said you couldn’t sell guns to certain groups, like American Indians, which appears racial but is in fact a little different. They were in a constant state of warfare with the colonists.

What other regulations were in place at that time?

There were loyalty oaths to the new state governments. If you refused to take a loyalty oath, you could be disarmed. And the Founding Fathers supported those laws. Similarly, people who engaged in rebellions, like Shay’s Rebellion [a series of protests in 1786 and 1787, when American farmers pushed back against tax collections], were disarmed, too. There were also laws restricting hunting.

Really, the list goes on and on, and we haven’t even gotten to handguns yet. At the time, the government didn’t care about them because they were too expensive and too inaccurate; they were for rich people to engage in duels.

Which brings up an interesting point that is relevant today. There were these people who believed that if there was no law [prohibiting something], it became a right. But that’s not really true. It’s that there isn’t a law until you have a problem. Modern style gun control laws — laws designed to reduce the number of arms in circulation to control violence — are really a 19th century development. Laws regulating handguns didn’t exist earlier because they weren’t necessary.

…
View on The Trace
View Connections