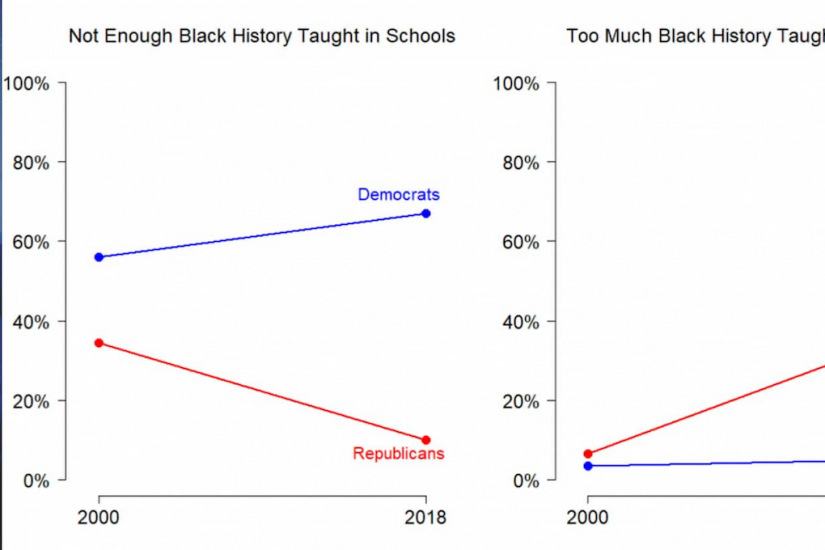 Wednesday marks the end of Black History Month. And like prior Februaries, this month has seen its fair share of articles lamenting Americans’ lack of knowledge about African American history. A report by the Southern Poverty Law Center concluded that schools are not adequately teaching the history of slavery in particular.

Despite these laments, Americans remain fundamentally divided on the teaching of black history. That’s not new. What is new is the growing polarization of Democrats and Republicans on this issue.

Republicans, however, are now 30 points more likely to say schools should teach less black history. In fact, one-third of President Trump voters in the February YouGov/Economist poll said that “American children should solely be taught about Western civilization and European/U.S. history.”