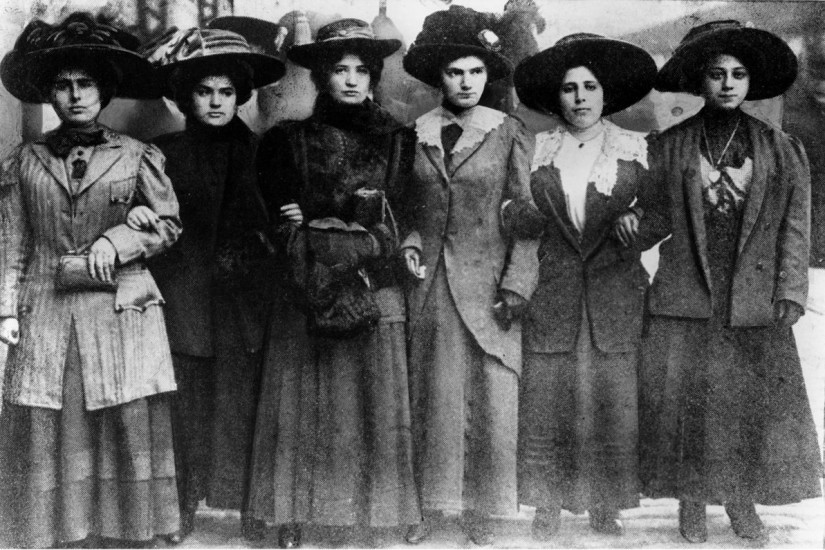 A march to New York's City Hall during the shirtwaist strike to demand an end to abuse by police. Dec. 3, 1909.
Kheel Center/Cornell University
…

The celebratory month has its roots in the socialist and labor movements — the first Women’s Day took place on Feb. 28, 1909, in New York City, as a national observance organized by the Socialist Party. It honored the one-year anniversary of the garment worker’s strikes in New York that had taken place a year earlier, when thousands of women marched for economic rights through lower Manhattan to Union Square. (That strike in turn honored an earlier 1857 march, when garment workers rallied for equal rights and a 10-hour day.) Within two years, Women’s Day had grown into an international observance that spread through Europe on the heels of socialism.

Meanwhile, in the U.S., feminist activists took issue with how the history books largely left out the story or contributions of women in America. In light of that imbalance, one group during the 1970s set about revising the school curriculum in Sonoma County, Calif., according to the National Women’s History Project. Their idea was to create a “Women’s History Week” in 1978, timed around International Women’s Day, which the U.N. had begun officially marking in 1975.

The observance spread to schools around the county, and grew into a cause for celebration. Organizers held an annual “Real Women” essay contest, hundreds of women took part by giving presentations to students in their classrooms and the whole week culminated in a Santa Rosa, Calif. parade.