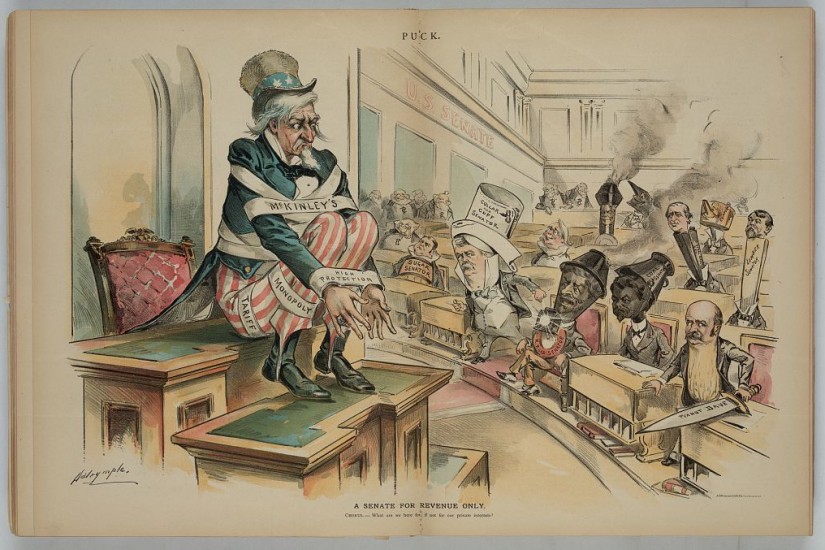 President Donald Trump renewed fears of a global trade war after he vowed to slap steep tariffs on foreign aluminum and steel.

The tariffs haven’t even been formally proposed, yet other countries are already threatening countermeasures. The European Union, for example, promised to impose tariffs on iconic American products like Harley-Davidsons, Kentucky bourbon and blue jeans, while China, Australia and Canada all promised a response.

Brushing all that aside, the president tweeted that “trade wars are good.”

But what exactly is a trade war and what are its consequences?

As a historian of trade, I thought it would be worth recalling some illuminating examples, each of which led to disastrous results.

France and Italy go to ‘war’
Soon after Italy’s unification in 1871, the young nation turned to protectionism to foster its “infant” industries, whereupon it terminated its trade agreement with France in 1886.

Italy raised tariffs as high as 60 percent to protect its industries from French competition. The French government responded by refusing to negotiate and instead threatened the Italians with punitive tariffs if Italy did not lower its own.

Tariff retaliation followed tariff retaliation. In France, this resulted in the passage of the highly protectionist Méline Tariff of 1892, which famously signaled the death knell of the country’s flirtation with free trade.

Both nations felt the costs of the trade war, but the damage extended more widely. Franco-Italian trade fell drastically, followed by dislocations in countries where they got supplies.

Another unintended result was that it pushed Italy closer to Germany and Austria-Hungary in the years leading up to the First World War.