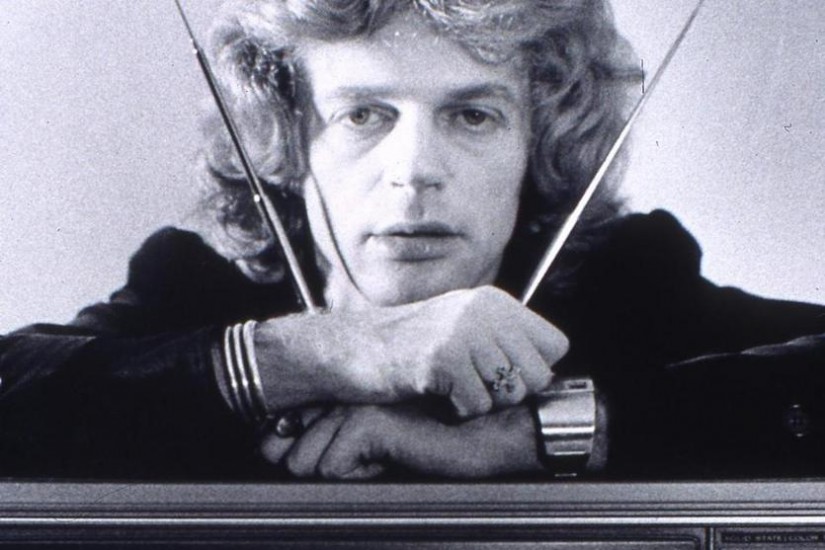 That Wednesday night, without warning, viewers were invited to take part in a radical experiment. Instructions appeared on the screen: “Gather two television sets in the same room. Place them 6 feet apart. Turn one to Channel 2. Turn the other to Channel 44.”

On the left screen appeared a young British man named David Silver, who proceeded to interview theater director Richard Schechner. This footage was in black and white. On the right television, tuned to Channel 44, Silver materialized in full color, adding commentary to the interview unfolding on the other screen, putting himself down as a phony. Elsewhere in the show, home viewers watched agog as the young British invader played Ping-Pong across screens, the tiny white ball magically zipping between two unconnected boxes in their living room.

The show’s creators said they tried to keep the left program comprehensible without the aid of the other screen, “so that our audience wouldn’t freak out and turn it off.” Up on Fort Hill in Roxbury, the experiment impressed Mel Lyman, the impossible-to-freak-out creator of “Avatar,” a popular underground newspaper that was the subject of multiple controversies that year.

“By God Dave you really ARE a pioneer in television, your show is without a doubt the most real, the most alive, the most IMPORTANT thing happening in the TV medium. . . . I want the word to get around,” Lyman wrote in an open letter to Silver published in his paper. “WATCH THE SILVER SHOW ON TELEVISION!”