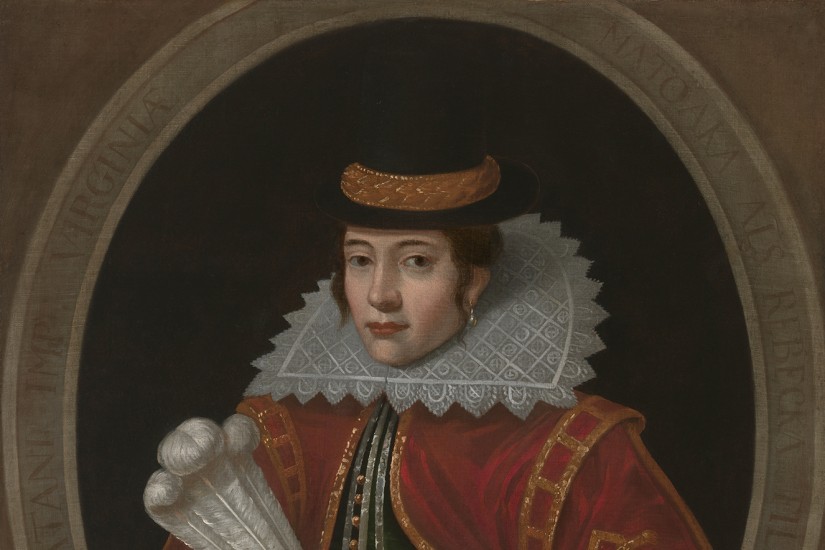 Pocahontas was an informal childhood name, a nickname meaning "playful one" or "mischievous girl." Although "Pocahontas" is what the British colonists came to know her by, her formal name in public was Amonute. Her ritual name, known to her kin, was Matoaka.

Amonute spoke an Eastern Algonkian (sometimes spelled Algonquin) language. While some Eastern Algonkian languages are still spoken, such as the Abenakian dialect of Mi'kmaq and the Delawaran dialect of Munsee, Amonute's Powhattan dialect is extinct. However, modern English retains several loan words from her language, including: hickory, hominy, moccasin, muskrat, opossum, persimmon, raccoon, terrapin, and tomahawk.

Amonute was not a "princess." This is a designation of European royalty, not Algonkian hereditary politics. But even if we use the word more colloquially, she still would not qualify, despite being the daughter of "royalty." Her father, Wahunsenacawh, was the werowance (leader/ruler) of a large Native confederacy in the southern Chesapeake Bay region. He is more commonly known by his throne name, Powhatan, which was also the collective name of his confederacy's people. However, the Powhatan people had a matrilineal society, and Amonute's mother was a commoner; thus, her daughter did not inherit any aristocratic lineage from Powhatan.

Amonute was about 9 years old when she first met John Smith, maybe a year or two older.