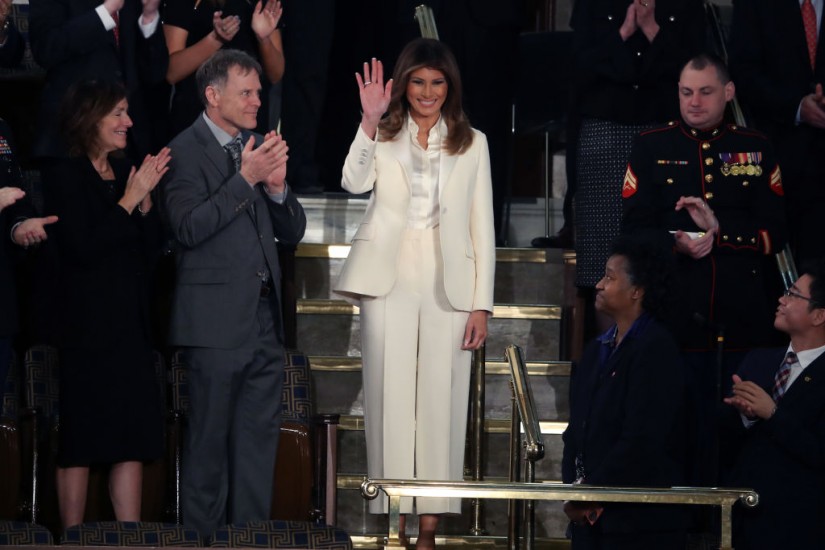 This week marked the 50th anniversary of the first—and only—fashion show ever held in the White House. While the February 29, 1968, event hosted by first lady Lady Bird Johnson has been virtually forgotten today, it received extensive and glowing media coverage at the time. Before the show, organizers and journalists even predicted that it would become an annual occurrence—a permanent fixture on the American fashion calendar along with Press Week and the Party of the Year, now respectively known as New York Fashion Week and the Met Ball.

But the first White House fashion show would be the last. The PR stunt turned into a PR disaster, plagued by bad weather and bad timing (in the middle of the Tet Offensive). It left a swarm of bad feelings in its wake; designers who had been left out lashed out and well-meaning organizers felt stung by complaints that the administration was out of touch, partying while Vietnam burned. Just a month later, on March 31, President Lyndon B. Johnson shocked the country by announcing that he would not seek reelection that fall.

Nevertheless, the Trump White House—in particular, first lady Melania Trump, who rarely wears American designers—could learn something from this ill-begotten intersection of fashion and politics. The 1968 fashion show was the high-water mark of the expectation that Americans buy American-made fashions—especially the first lady, one of the most visible and, presumably, patriotic American women. The decline of the American apparel industry, and all other manufacturing sectors, in the years that followed prompted a similar decline of the Buy American campaign. But the first family still continued to support American garment-makers—until now. Which is why Melania’s America Last outfits make an economic statement as well as a fashion statement.

Of the Trumps’ many deviations from presidential precedent, one of the most unremarked is their complete disregard of the first family’s long-perceived duty to support Seventh Avenue. Donald Trump and his daughter Ivanka openly promote their made-in-China clothing lines while trumpeting “American First” policies; Melania Trump chose American designers for her Inauguration Day wardrobe but has largely eschewed them ever since, a lapse somewhat masked by the relative infrequency of her public appearances.