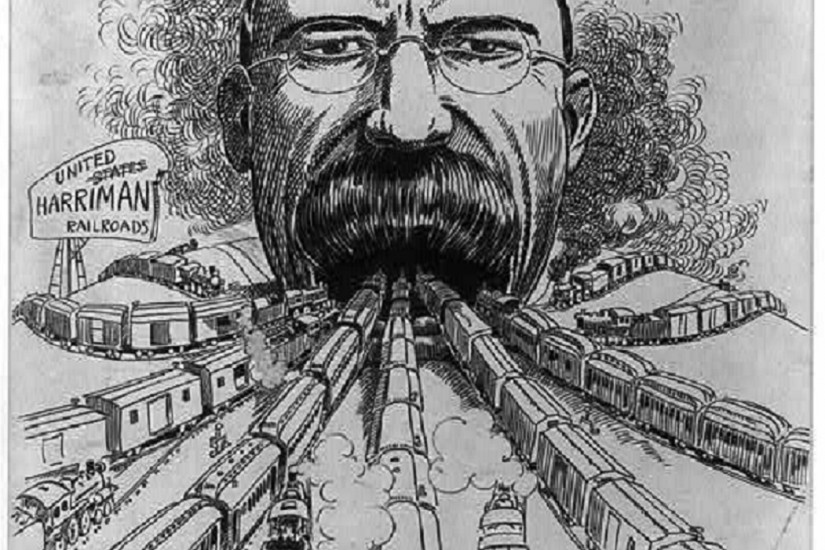 Somewhat unintuitively, American corporations today enjoy many of the same rights as American citizens. Both, for instance, are entitled to the freedom of speech and the freedom of religion. How exactly did corporations come to be understood as “people” bestowed with the most fundamental constitutional rights? The answer can be found in a bizarre—even farcical—series of lawsuits over 130 years ago involving a lawyer who lied to the Supreme Court, an ethically challenged justice, and one of the most powerful corporations of the day.

That corporation was the Southern Pacific Railroad Company, owned by the robber baron Leland Stanford. In 1881, after California lawmakers imposed a special tax on railroad property, Southern Pacific pushed back, making the bold argument that the law was an act of unconstitutional discrimination under the Fourteenth Amendment. Adopted after the Civil War to protect the rights of the freed slaves, that amendment guarantees to every “person” the “equal protection of the laws.” Stanford’s railroad argued that it was a person too, reasoning that just as the Constitution prohibited discrimination on the basis of racial identity, so did it bar discrimination against Southern Pacific on the basis of its corporate identity.

The head lawyer representing Southern Pacific was a man named Roscoe Conkling. A leader of the Republican Party for more than a decade, Conkling had even been nominated to the Supreme Court twice. He begged off both times, the second time after the Senate had confirmed him. (He remains the last person to turn down a Supreme Court seat after winning confirmation). More than most lawyers, Conkling was seen by the justices as a peer.

It was a trust Conkling would betray. As he spoke before the Court on Southern Pacific’s behalf, Conkling recounted an astonishing tale. In the 1860s, when he was a young congressman, Conkling had served on the drafting committee that was responsible for writing the Fourteenth Amendment. Then the last member of the committee still living, Conkling told the justices that the drafters had changed the wording of the amendment, replacing “citizens” with “persons” in order to cover corporations too. Laws referring to “persons,” he said, have “by long and constant acceptance … been held to embrace artificial persons as well as natural persons.” Conkling buttressed his account with a surprising piece of evidence: a musty old journal he claimed was a previously unpublished record of the deliberations of the drafting committee.

Years later, historians would discover that Conkling’s journal was real but his story was a fraud.
…
View on The Atlantic
View Connections