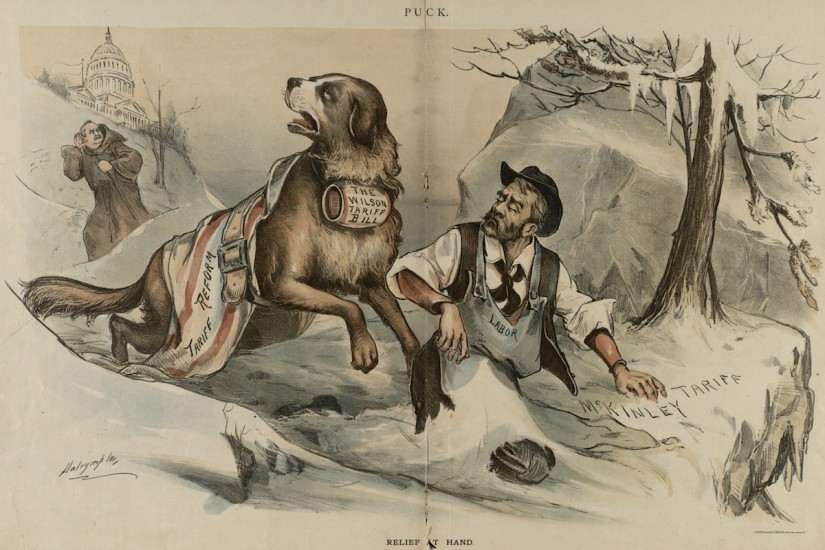 America’s first great protectionist political figure was Alexander Hamilton, George Washington’s treasury secretary. And compared to later mercantilist politicians in our history, Hamilton wasn’t even that much of a protectionist. His original U.S. tariff bill imposed an average taxation level of just 8.5 percent on imported goods. And Hamilton argued that any protection encompassed in those duties, as opposed to revenue requirements, should be discontinued as soon as protected industries established themselves in the American economy.

Hamilton’s opponents, the early American free traders, feared he had created a monster, while northeastern industrialists, particularly in Pennsylvania, predictably argued that protection should be substantial and permanent to ensure national prosperity.

Therein lay the first stirrings of the great trade debate that has reverberated through our history, down to our own time and to President Trump’s announcement last week that he intends to slap protective tariffs on imported steel and aluminum. Thus do we have the first president since Herbert Hoover who has explicitly placed protectionist sentiments at the heart of his economic philosophy.

Whether Trump’s tariff policy is the right medicine for what ails the American economy is an open question. But it certainly shines a spotlight on the hollowing out of America’s industrial base and the consequent powerful hit absorbed by the country’s working classes. In 1965, manufacturing represented 53 percent of the U.S. economy; by 1988 that was down to 39 percent; by 2004 it had fallen below 10 percent. In the 1970s, according to The Economist, manufacturing employment constituted 25 percent of U.S. jobs; today it is less than 10 percent. These trends reveal serious hardship, particularly in the old industrial heartland of the Midwest, and that translates into frustration and anger. Trump’s emerging trade outlook is designed in part to address these powerful political sentiments.