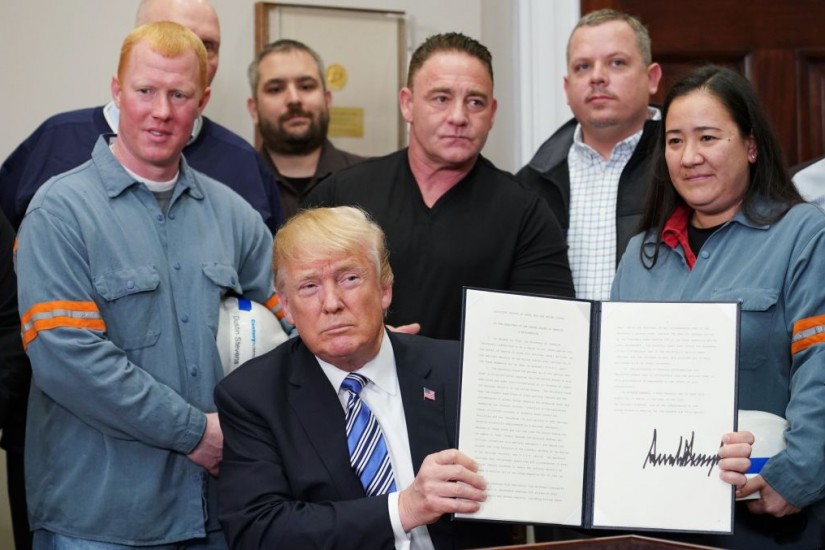 Instead, I want to draw out from Trump’s decision an answer to a question that is not immediately obvious: Why in the world does the president have the power to levy tariffs in the first place?

Do not look to the plain text of the Constitution for an answer. Article I, Section 8 says:

That is, Congress, not the president, was vested with the power to levy tariffs. At the time of ratification, everybody expected that the first taxes from Congress would be “imposts” — tariffs on imported goods. That is exactly what happened, with the Tariff of 1789.

Yet the power to levy imposts has been inevitably wrapped up with matters of foreign policy, and foreign policy falls more clearly within the presidential domain. Consider the Jay Treaty of 1795. Prior to that compact, James Madison and Thomas Jefferson had urged Congress to slap tariffs on Great Britain for its refusal to deal liberally with American trade. The pro-British Federalists — above all, Alexander Hamilton — were aghast at this prospect and prevailed on President Washington to dispatch John Jay to London, to hammer out a treaty.

The finished product was highly controversial, and it passed the Senate by the minimum number of necessary votes. One of its provisions was the effective granting of most-favored-nation status to Great Britain — meaning a promise not to use tariffs as the sharp end of the diplomatic stick. Madison argued that the House had the right to refuse to implement portions of the Jay Treaty, but his endeavor failed.

After World War II, the United States became one of the world’s superpowers, and trade has been a staple of our foreign policy ever since. This has, naturally, increased the power of the executive branch. It is one of the big reasons that Trump has such vast authority on tariffs. But there is another reason, which illustrates the deep, long-running dysfunction inherent in the legislative branch — a malady so grave that it undermines the republican principles on which the country was built.

The sad truth is that Congress has long been terrible at national economic planning.