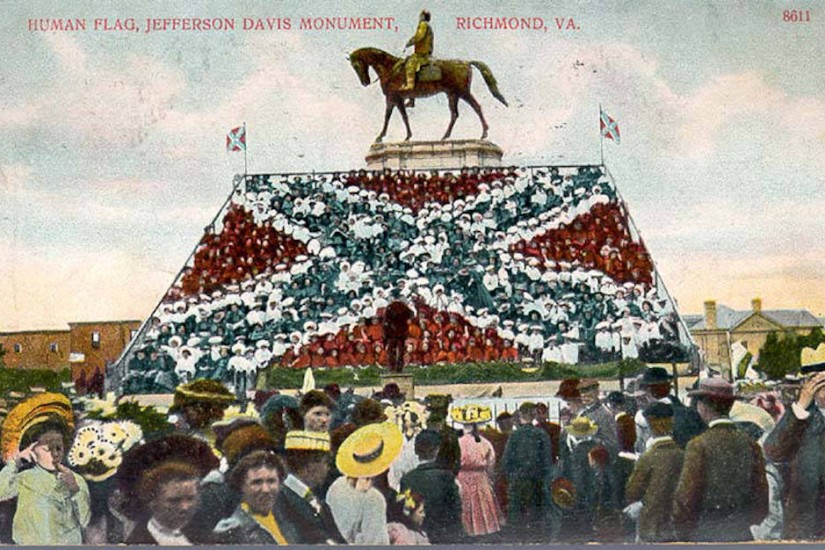 Black poverty enhanced opportunities for white families. White children attended schools bolstered by Black tax dollars and enjoyed readymade access to cheap Black labor, especially that of Black female domestics who were essentially blacklisted from other jobs. 1 None of this was accidental. These interconnected inequalities were intentionally woven into the Southern system of racial apartheid to compound the wealth of one race at the expense of another.

The white supremacists who built this system and monuments to the Confederacy threaded moral lessons of white supremacy into the fabric of Jim Crow. They argued that racial advantages were part of a natural order, even as they found the need to protect white supremacy through legislation, violence, and disfranchisement. Not only did Black people deserve their inferior status, white supremacists argued, they actually needed these race-based societal limitations for their own good. As a member of the United Daughters of the Confederacy (UDC) claimed in a 1914 book “unanimously endorsed” by the organization, “Many negroes conceived the idea that freedom meant cessation from labor, so they left the fields, crowding into the cities and towns, expecting to be fed by the United States Government.” Yes, you read that correctly. The UDC invoked the notion of shiftless, government-dependent African Americans commonly referred to as “welfare queens” in the modern era to describe former slaves who fled from bondage in 1865.2

As historian Karen L. Cox has argued, groups such as the UDC and the Sons of Confederate Veterans (SCV) mythologized the Confederate Lost Cause to justify the racial oppression of Jim Crow. They emphasized the benevolence of slave owners for providing food and clothing to the people they held captive and stressed the heroism of the Reconstruction-era Ku Klux Klansmen who organized “to protect the women of the South from brutal assault, and to maintain, the supremacy of the white race.” White supremacists disseminated these lessons of white supremacy and black lethargy and criminality in schools and public forums to justify, even naturalize Jim Crow’s socially and politically constructed racial order.