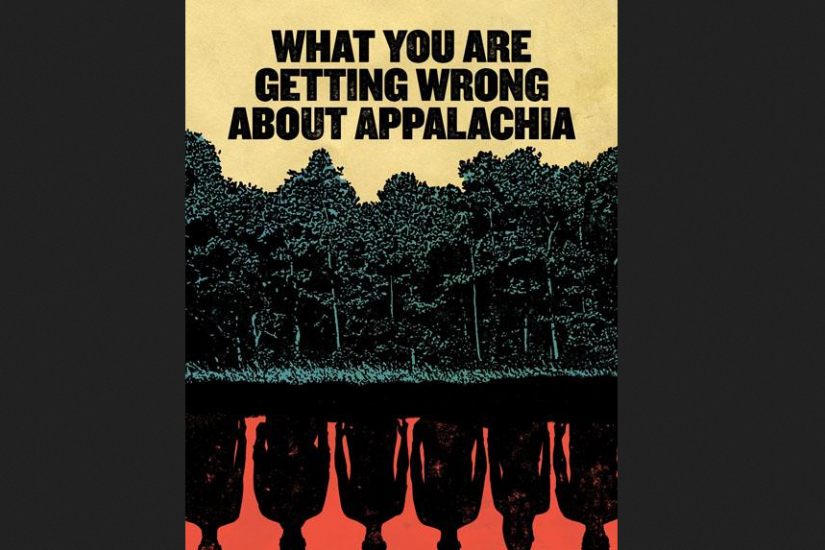 "What You Are Getting Wrong About Appalachia" by Elizabeth Catte, 2018.
Belt Publishing
…

Guernica: In your book, you challenge the notion of the white male coal miner as representative of the working class in Appalachia, and argue that there is also a “forgotten working class.” Who are they?

And so it’s really kind of concerning to hear the region is emblematic of this special breed of white male working-class person, because there are so many people throughout the country who are trapped in the same economic circumstances, and have the same limitations on economic growth and ability. And nobody was really talking about them during this election.

The coal industry in Appalachia employs maybe thirty thousand people, and the reason that it’s so important is because it was one of few industries where you could leave high school and get a job making a living, and even oftentimes a comfortable wage. When people lose those jobs, it’s going to be a huge hit for the economy. But there also lots of people who already lost a well-paying job and then had to go work at the Dollar General store. The Trump Country stories are narratives of omission, and these are people who need to be restored to the conversation.

Guernica: A large part of your book is a takedown of the New York Times bestseller Hillbilly Elegy by J.D. Vance.

Elizabeth Catte: To understand Hillbilly Elegy, I think you have to first go to the subtitle of the book, which is “A Memoir of a Family and Culture in Crisis.” I have nothing good or bad to say about the way that the story of this family is presented within the book. But what the hell is a memoir of a culture? This is not a thing that exists, and it’s not a thing that people write. So when I criticize and critique Hillbilly Elegy, I’m doing it specifically from that reference point.