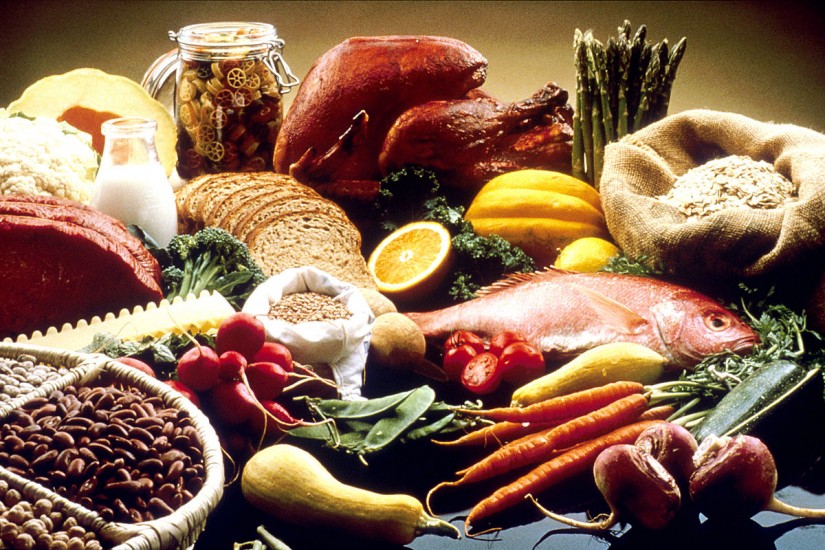 A display of healthy foods on a table.
National Institutes of Health/Wikimedia
…

Finck took up the cause of deliciousness at a time when the food that people ate and where it came from were changing rapidly. Industrialisation, urbanisation and new technologies such as cold storage, canning and hydrogenation were transforming how food was produced and consumed. More Americans were eating food prepared outside the home, including processed food made in factories by giant companies such as Heinz, Campbell’s, and the National Biscuit Company (Nabisco). Finck fretted that these changes made for an increasingly ‘ungastronomic America’. Everywhere flavour receded before increased profits or improved efficiency. ‘Time was when a crisp slice of bacon would give zest to a whole breakfast,’ Finck complained, ‘but the bacon served now… has no more flavour than sawdust,’ as chemical preservatives replaced time-honoured methods of smoking and curing. Machine-polished rice was white and ‘pretty to look at’ but, ‘deprived of its nutritious outer parts’, it was ‘as tasteless as the paste that a paper-hanger brushes on his rolls of wallpaper’. The US frozen chicken was ‘foul’; its sodden canned oysters insipid; its butter bland … ‘the melancholy list of gastronomic misdeeds might be prolonged indefinitely,’ he wrote. In comparison, Europe boasted crusty loaves, dazzling varieties of cured meats, savoury vegetable salads and redolent cheeses.

The problem was not that industrial modernity seemed to produce only diluted simulacra of remembered bacon, or that food technology had somehow made it impossible to find honestly smoked whitefish in New York City. The problem, Finck lamented, was that most Americans did not care. They consumed food insensibly, bolting down poorly prepared slop during rushed meals. They had no respect for the art and science of cooking, for the intelligence, skill and creativity of the trained chef. They didn’t know how to savour flavour.

Finck believed that the neglect of flavour had an enervating effect on the US people, despite the country’s bounty of food. Dyspepsia was a ‘national plague’, a chronic condition that sapped the vitality, productivity and fertility of US citizens. ‘The stomach is the source of most preventable diseases,’ Finck testified, a view widely shared by contemporaries ranging from John Harvey Kellogg, whose Battle Creek Sanitarium helped to define the epidemic and its cereal-based cure, to Harvey Wiley, who, as chief of the US Department of Agriculture (USDA) Bureau of Chemistry, had spearheaded the Pure Food and Drug Act of 1906.