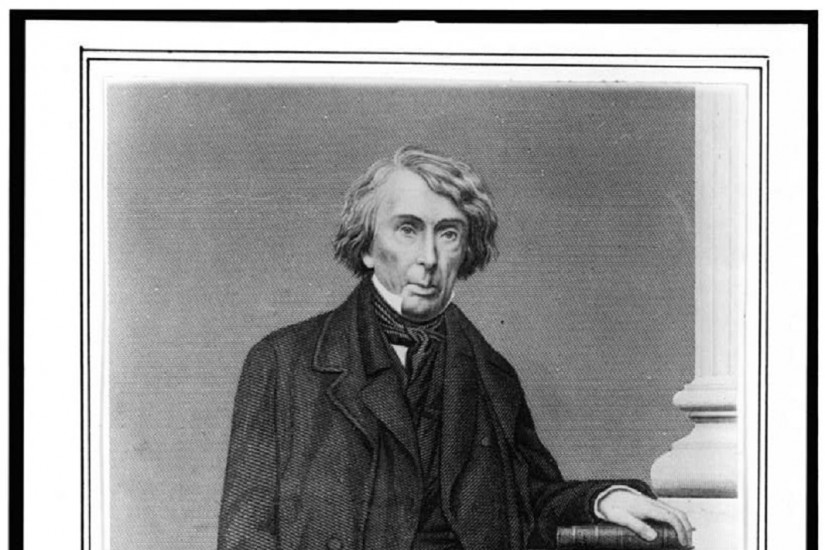 An engraving of Chief Justice Roger B. Taney, who wrote the majority opinion on the Dred Scott case in 1857.
Library of Congress
…

The questions remained: Could slavery be regulated or prohibited in the vast new territories? Was a slave entitled to freedom if he resided in a free state or territory? Could a slave be a citizen of the United States, entitled to the protection of its laws? Dred Scott placed these questions before the final arbiters of the law.

Taney answered no to all three, and did so in an emphatic way designed to show the majority's desire to end further discussion. First, he ruled that African Americans could never be citizens of the United States, whether they were slaves or free. At the time the Constitution was adopted, he wrote, blacks were "regarded as beings of an inferior order" with "no rights which the white man was bound to respect." It was clear he believed they still were. Then, he went on to declare that, even though there were individual states where slavery was barred, that did not change the nature of Scott's servitude when he resided at length in a free one—once a slave, always a slave, unless his master decided otherwise. In the Territories, where Congress had authority, that authority was organizational and administrative, and in no way included the right to exclude slavery. Any extant legislation to the contrary, and, specifically, 1820's Missouri Compromise, was unconstitutional, and therefore void. Slaves were property, nothing more, and a property owner could take his property wherever he wanted and use it as he saw fit. To do otherwise was, in Taney's formulation, a violation of the slave owner's Fifth Amendment rights against the seizure of property without due process. With a stroke of a pen, 80-plus years of Constitutional interpretation, political solutions, and actual practice were erased.

But why did Taney do it? Why did he, and the Court, choose the path of a maximalist ruling when the general practice was to find the narrowest grounds to decide?